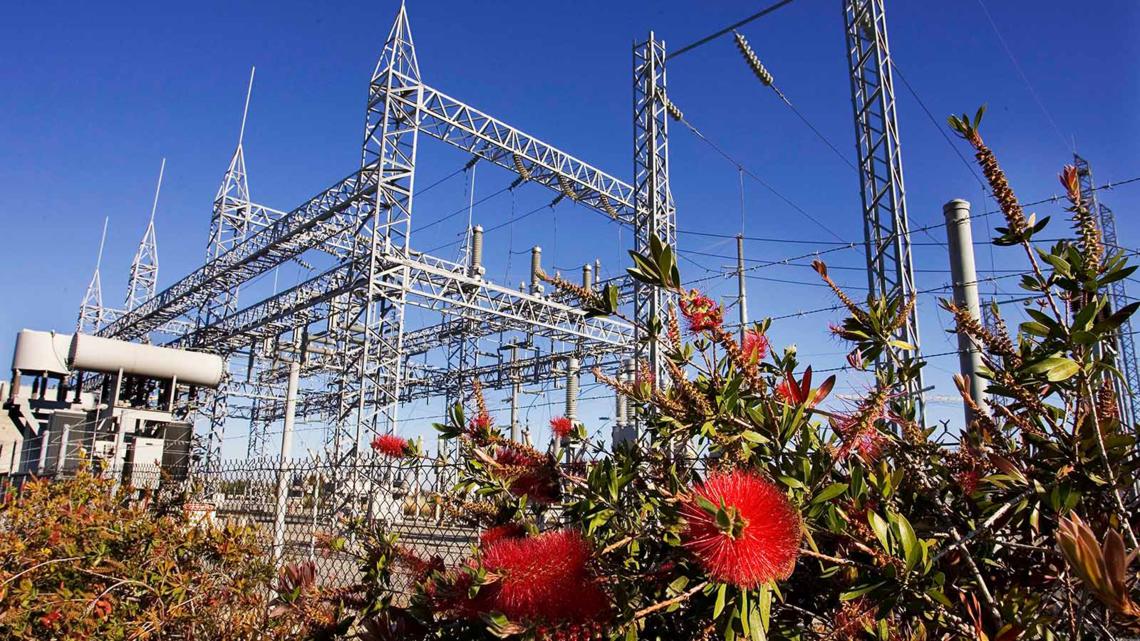 The Kwinana Cogeneration Plant (KCP) power plant is located 40 kilometres south of Perth, Western Australia. The plant is a gas turbine combined cycle cogeneration plant capable of producing 124MW of electrical output and 2,300 tons per day of process steam through the use of duct firing on  heat recovery steam generators.

The plant supplies steam and electricity directly to the BP Australia Kwinana Oil Refinery (BP) and the state owned utility, SYNERGY but the production of steam generates a high demand for water.

The plant was the biggest user of scheme water (also known as drinking water supply) in the Perth Western Australia area prior to switching to recycled water supply.

Western Autralia is subject to a dry climate and water resources have dwindled over the past years. With a view to reduce impact on water reserves and secure supplies for industrial expansion in the area, the local water supply authority, Water Corporation, installed the Kwinana Water Recycling Plant.

With Perth’s increasing population and declining rainfall, the project aimed to reduce demand pressure on potable water sources or potential potable sources and to eliminate the discharge of industrial waste water to Cockburn Sound, an environmentally sensitive area.

After analysis of several options, the Water Corporation built the Kwinana Water Recyling Plant (KWRP) to supply Kwinana industrial customers with recycled water. Major industries are now using the KWRP supplied water, freeing up precious scheme reserves for public use. This project is owned and operated by Water Corporation and its Alliance partners.

This project was an opportunity to reduce scheme water usage and thereby free up water supply for domestic use. Moreover, it reduced the use of chemicals and waste.

The KWRP has successfully substituted more than 80% of the potable water used by the Cogeneration plant with recycled sewerage water. This has significantly reduced water use by 86%, from 1,473,940 kl in the year 2006/7 to 213,103 kl in 2010/11, and demand on local water resources while also reducing the levels of chemical additives required such as sodium hypochlorite and sulphuric acid by introducing recycled water in the cooling tower. Over time, with the cost of scheme water trebling, the KWRP water supply  has become cheaper, resulting in cost savings for the company.

The BP refinery initiated the project to secure both a supply of process water and to take pressure off the associated ocean outfall that was nearing its maximum flow capacity so that it could be used for industrial waste. The local water supply authority, Water Corporation, picked up the initiative and continued its development. It approached the Engie Kwinana plant engineer who participated in a recycled water user group in the early days. This encouraged participation in the project and facilitated access to recycled water. Industry participants include power and chemicals companies such as Perth Power Partnership, CSBP and Tronox. These customers pay a volumetric price for recycled water.

International Power Mitsui (IPM) – the company name of the Engie entity which operates and maintains the KCP – was the first company to contract to take supply from the facility. Various other users in the industrial zone have subsequently also contracted to use the recycled water.

In 1998, Water Corporation investigated demand in the Kwinana industrial area for industrial water at varying levels of quality. A range of supply options were identified and analyzed, with recycling wastewater emerging as the preferred option. The prospect of a new pig iron plant in the area provided sufficient demand security to enable investment in the Kwinana Water Recycling Plant (KWRP).

The operation started in 2004, confirming industry and State Government commitments to improving water quality in Cockburn Sound. The site was chosen due to its strategic location for two reasons: it was close to an ocean outfall that supplies the raw feedwater to the plant, while also being close to the Kwinana industries that represented the current and future customer base.

The AUD 28m (around USD 22m) Kwinana Water Reclamation Plant, a combined Water Corporation and industry initiative, delivers many environmental benefits in the Kwinana/Rockingham area. The environmental benefits of the project are substantial with a significant reduction in the quantity of industrial wastewater being discharged by pipeline into Cockburn Sound. Reclaimed water is used by industry in Kwinana wherever feasible. It was expected to reduce industry demand for scheme water by six million kl a year. Perth scheme supplies are now made up of 50% desalination and a mix of dam/groundwater supplies. Groundwater is also now being topped up with recycled water to replenish depleting groundwater stocks.

When introduced, the KWRP was more expensive than the scheme water and so was a net cost to the plant only partially offset by a reduction in the use of regeneration chemicals. But over time, the cost of scheme water has increased resulting in the KWRP supply being cleaner and cheaper.

The switch to recycled water for industry immediately reduced pressure on limited scheme water supplies and provided industry with a superior water supply.

The project resulted in a 75% reduction in scheme water use for KCP which considerably increased the domestic availability of water and reduced chemical costs by approximately 30%, making up for around AUD 2m (around USD 1.5m) in savings across the board.

The project reduced the requirement on potable water sources or potential potable sources by around 15,000 kl per day and eliminated the discharge of industrial waste water to Cockburn Sound.

Some key lessons learned and obstacles have been:

This solution may be of interest to any organization working in a freshwater constrained environment. 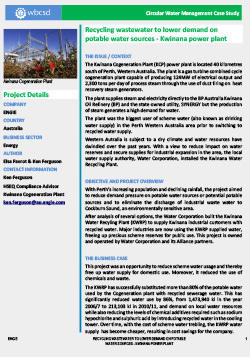