There’s a reason we call our home the “Blue Planet.” Oceans cover most of Earth’s surface and generate roughly 70% of the oxygen in our atmosphere. They regulate our climate and provide many of the environmental processes that enable life as we know it - but there’s a problem. 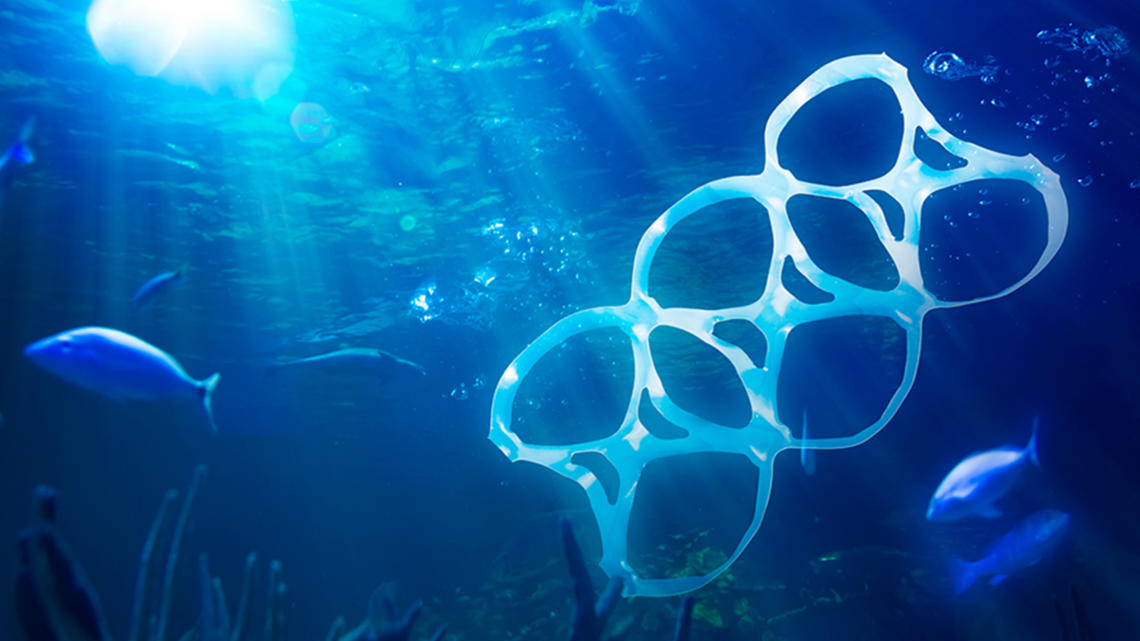 Our oceans are in trouble.

You’ve probably heard that over 85% of global fisheries have been stretched beyond their biological limits, and that large ocean fish have been reduced to just 10% of their preindustrial populations. Every year, about 8 million tons of plastic end up in the ocean, threatening sea life from the Arctic to the Antarctic.

If we don’t make a change, there’ll be more plastic than fish in the sea by 2050.

As if that weren’t concerning enough, toxic debris have been found in 67% of all seafood species in the United States, which means that, if unchecked, floating plastics could potentially worm their way into our bodies.

Because of weak waste management practices and the deeply embedded global “throw away” culture, about 32% of all discarded plastic packaging ends up leaking back into the environment instead of retaining its worth within the value chain.

The New Plastics Economy Report released at the 2016 World Economic Forum in Davos, reveals that because so much of plastic packaging is only used once before it’s tossed, 95% of its value is wasted. In dollar figures, this means that the global economy forfeits up to USD $120 billion annually.

In simple terms, the Report says we are virtually siphoning billions from the global economy and dumping it directly into the ocean at an average speed of one garbage truck every single minute – and it’s increasing.

Why should businesses care?

“The sheer size of the number should make business aware of the value loss. It’s clear that we’re throwing away valuable materials,” says Michiel De Smet, who works as Project Manager of the Ellen MacArthur Foundation’s New Plastics Economy.

“There’s clear business value for addressing this problem. We spend so much money on making plastics, then after one cycle, 95% of it is lost because the system is not capturing the value efficiently. It’s a problem that begs to be solved,” De Smet says.

There are a number of other business risks associated with leaving the problem to fester.

Business leaders agree. “Any plastics in the ocean is bad, and the overall impact of pollution in general could ultimately drive into the supply chain,” says Christopher Lischewski President and CEO of Bumble Bee Foods, North America’s largest branded seafood company. “If there’s no fish, there’s no future… ocean pollution in general is something that needs to be addressed.”

Although Lischewski and his team are chiefly focused on developing sustainable fisheries, they are adamant that business must a key player in solving all ocean issues – including plastics in the ocean. Lischewski reminds us, “Without industry driving, the process doesn’t work. And getting industry on board is absolutely critical.”

How can business help?

“When we talk about marine debris, there’s a holistic approach that’s going to be necessary,” says Eric DesRoberts, Manager of the Trash Free Seas Alliance program at the Ocean Conservancy. “It’s a daunting task,” says DesRoberts “but like any problem, we need to come at it from different angles.”

“Not many people think it’s controversial to say that plastic doesn’t belong in the ocean, so it’s a great place to start discussions,” says DesRoberts.

The neutral platform means business can safely take a strong and active stance, working with others to come at the problem full force.

Through the solution, key players across the plastics value chain will work together to define the business case for companies to act. In doing so, they will map current on-land solutions and create a guide for businesses who want to address the issue. Ideally, this guide will help businesses make recommendations to policymakers about how to keep plastics out of the ocean and inside the value chain.

By strengthening internal systems, designing better products and assuring plastic is valued at every step in its life cycle, businesses can help reduce ocean debris and could have a significant impact when it comes to addressing global climate change.

Altogether, plastics account for about 6% of global oil consumption – an amount equivalent to the entire global aviation sector. As we move toward the low carbon economy, finding a way to address this issue is going to be critical – we’ll need to reduce plastic waste so that we can use more of what we’ve already got.

“Business wants to close the loop on plastics and address marine debris in the ocean,” says Andrea Brown, Director of the Sustainable Materials Cluster at WBCSD. She works with large companies who are addressing the effects of materials and their products on people and the environment, and who want to promote the circular economy across their business and beyond. She is also a key architect of WBCSD’s ROW solution.

“Finding a way to close the loop on plastics and address marine debris will help reduce some of the uncertainty around oil as an input,” she says. “At the end of the day, there’s a value for plastics and we should be retaining that value instead of dumping it into the oceans.”

What do we do with the plastic that’s already out there?

While it’s critical to address the systemic issues that lead to plastic in the ocean, it’s also important to be curious about the possibility of cleaning what’s already out there.

The Ocean Cleanup is one effort that aims to do just that. If it works, the technology could remove masses of ocean plastics, while exploring the possibility of upcycling it into new products or feedstocks. Though the technology is still under development, it’s sparking interest and debate across the globe, as initiatives like these could play a role in propelling the circular economy.

“If you’re serious about cleaning the ocean” says Joost Dubois of the Ocean Cleanup, “Then you need to plan it out. Plastics in the ocean is a big problem and it’s not just going to go away, everyone needs to do their part. Doing nothing is not an option.”

What can I do?

Consumers are the largest single stakeholder group affected by plastic in the ocean, and they’re also the biggest source of the problem. Ironically, they have the most power to make a difference (although many of us don’t know it).

Marie Le Texier is leading the development of WBCSD’s ROW solution. She believes that everyone should care, and that all individuals can do something to change global perceptions around plastics.

“Everyone has more of an effect than they realize,” she says, “It’s about consumer power – once you understand the choices you make, you realize that you really can push the market and change the system.”

Reducing and eventually eliminating plastics in the ocean is a challenging problem, made more complex because no one owns the ocean. And yet it means that actually, we all do.

“Everyone can do something. We’re all responsible for where we are today – because at least some of our waste ends up in the ocean unintentionally – which is bad, but it means we can all be part of the solution.” DesRoberts reminds us.

Oceans are critical for our society, the environment and the economy. Sustainable ocean management represents a trillion-dollar opportunity when accounting for the full value of the ocean’s key assets.

Businesses have the opportunity to safeguard their reputations and prepare for future regulation by working to adjust on land waste management and packaging practices. Governments must enact policies that reward sustainable behavior across the plastics value chain, initiating a “race to the top.” And consumers can help by making the right choices, pushing the global market in the right direction and rewarding companies who offer more sustainable options.

Ultimately, business has the power to change the system by doing everything possible to lock the value of plastics firmly within the plastics value chain. The trick is to work together. 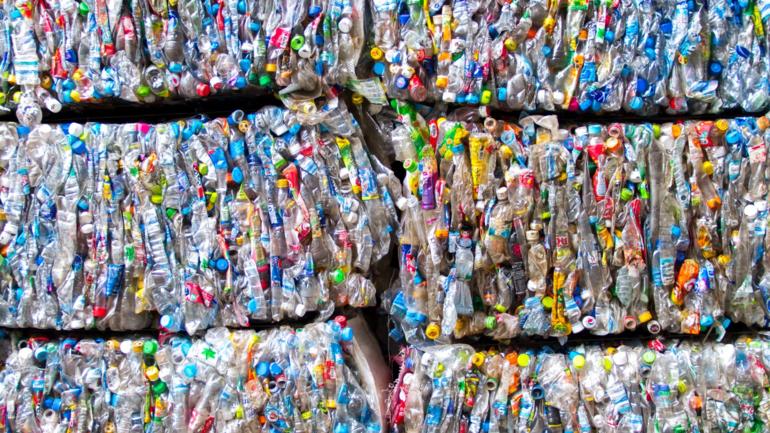 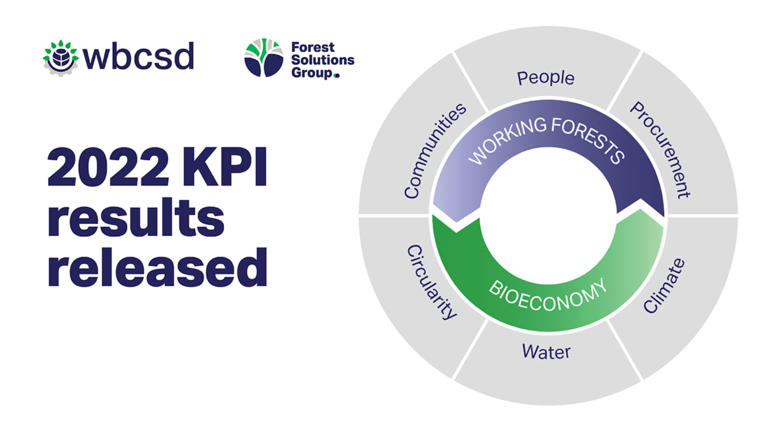 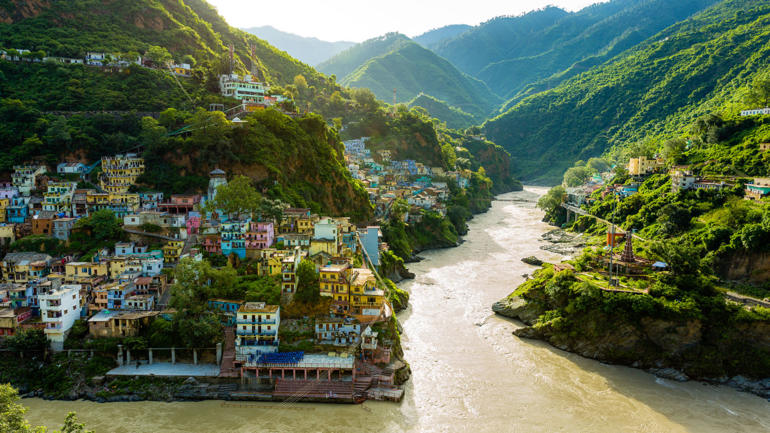 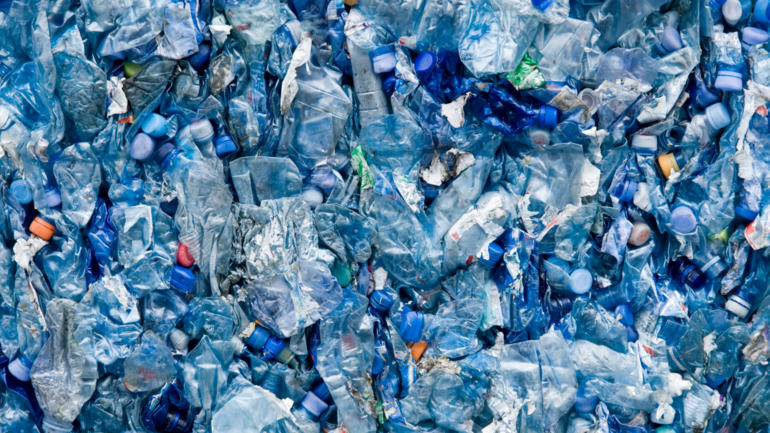 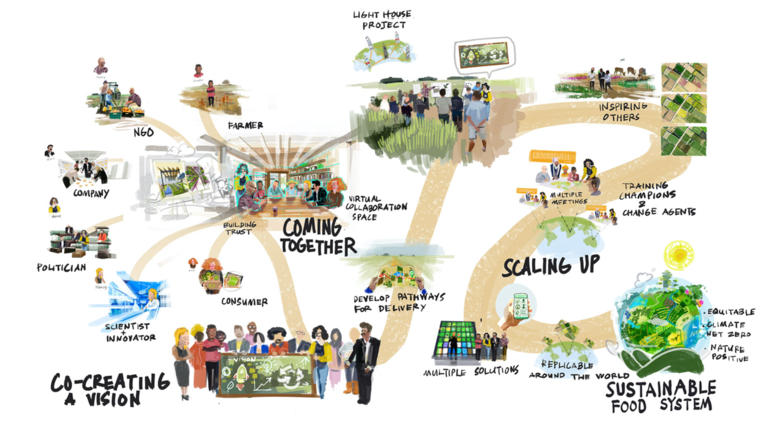 An exciting future for positive agriculture at a global scale 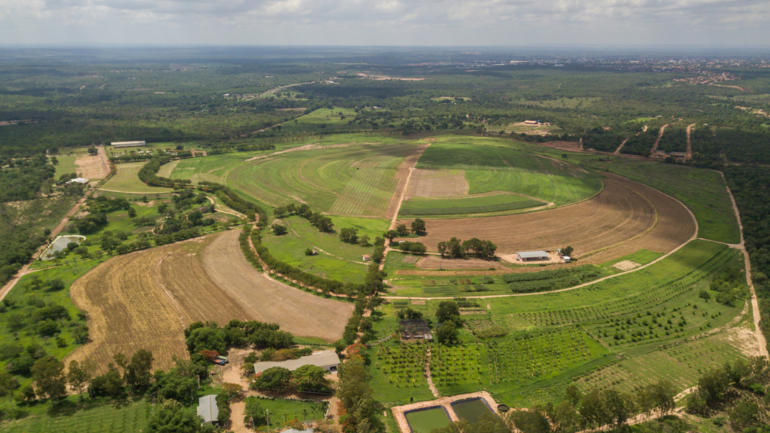