Water reduction and recycling in refining 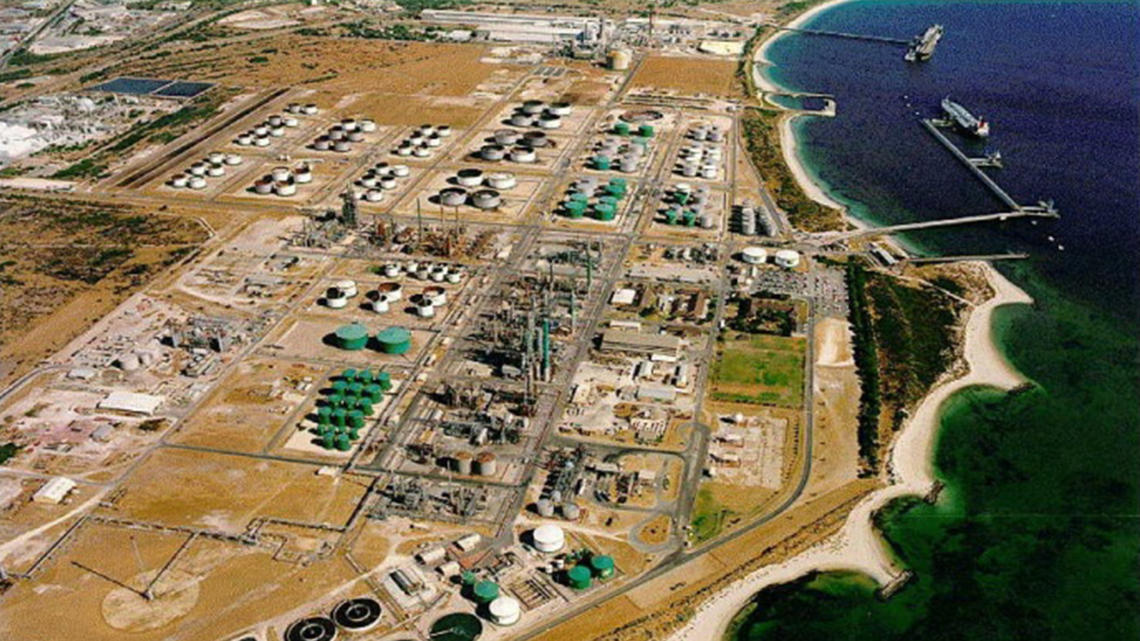 BP’s Kwinana Refinery is located on the coast of Australia, approximately 35 km south of Perth, adjacent to Cockburn Sound - an intensively used marine bay. Kwinana is the only oil refinery in Western Australia (WA) and has been in operation since 1955, with a current refining capacity of 143,000 barrels of oil per day (bod).

Since the early 1970s, there has been a significant reduction in river flows, due to increased withdrawals for agriculture, industry and public water supply throughout the catchment, along with a reduction in mean annual rainfall. The average inflow to dams in WA has reduced from 338 million m3/year (Mm3/yr, 1911-1974 average) to 82 Mm3/yr (2001-2008 average). This has resulted in seasonal water withdrawal restrictions since 1997. In 1996, Kwinana was the largest industrial user of potable water (~6,150 m3/day) supplied by the Water Corporation of Western Australia, from surface and groundwater sources. With water supply constraints and cost pressures as potential risks, it was essential that BP implemented approaches that lowered water use at the refinery.

To achieve these objectives, we focused on reducing potable water demand in our direct operations through reduction and reuse and also initiated collective action with industrial partners, the local water company and regulator to recycle municipal wastewater. By meeting these objectives, BP was able to lower water demands by 42%, including reduced potable water use by 93%, over the period of 1996 to 2014.

With regional water availability declining, the refinery needed to act to lower industrial demand for potable water in order to continue to refine oil to meet local demand.  At the same time,  the cost of water in the region was rising to limit demand, impacting refinery margins. It was, therefore, important to act to secure the future of the refinery by maintaining access to a suitable water source, while lowering the productions costs.

A cross functional team was formed under the direction of the Refinery COO, made up of professionals from within the existing operations to manage, promote and report on the overall program.  This was an important  step, as it brought together key process and operations staff to develop a more holistic view of water use at the refinery. Initially this team focused on lowering demand within the refinery and replacing high quality water supplies with lower quality water supplies, where technically feasible.

In order to reduce demand for potable water, a cross –sector team was formed between the industrial community including the refinery, the Water Corporation of Western Australia (who supplied the bulk of water supply to the refinery and other industries), the local regulator and the Government of Western Australia (WA).  The group focused on collectively assessing the technical and financial feasibility of using municipal waste water as a source of water for the refinery and other industries.

Following the formation of the cross functional team, a four-step program was implemented to reduce potable water use:

Although significant reductions in water demand at the refinery were made, there was still a large reliance on potable water. BP worked with the Water Corporation of Western Australia, the local regulator, the Government of Western Australia (WA) and a number of industries to develop an alternative source of water for industrial use. This collaboration gave rise to the Kwinana Water Reclamation Project (KWRP) which involved the use of treated municipal wastewater for industrial purposes, reducing potable water demand from six industrial partners, as described below.

This required financing and investment in pipelines and a tertiary treatment plant to make the water suitable for use. The financing was arranged between the industrial partners, the Water Corporation and the Western Australia government. This required a collective commitment to long-term environmental sustainability and water supply security over short-term financial gains. KWRP water initially came as a significant premium (~20%) compared with the potable water it replaced. However agreements were reached to set the price of the reclaimed water at a discounted rate, underwritten by the WA government to meet long term water security goals. 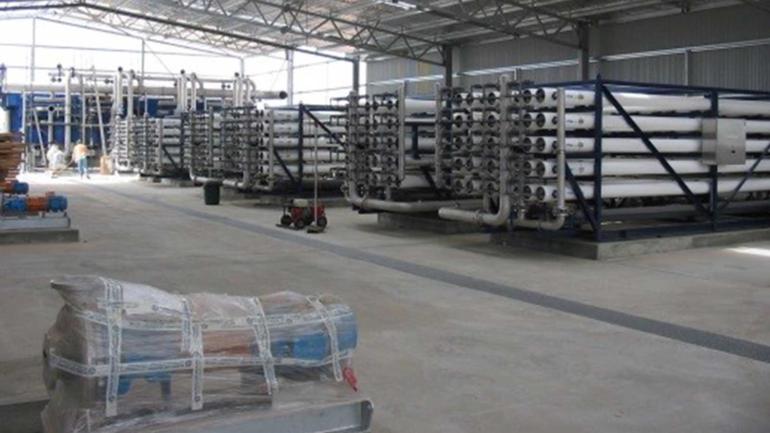 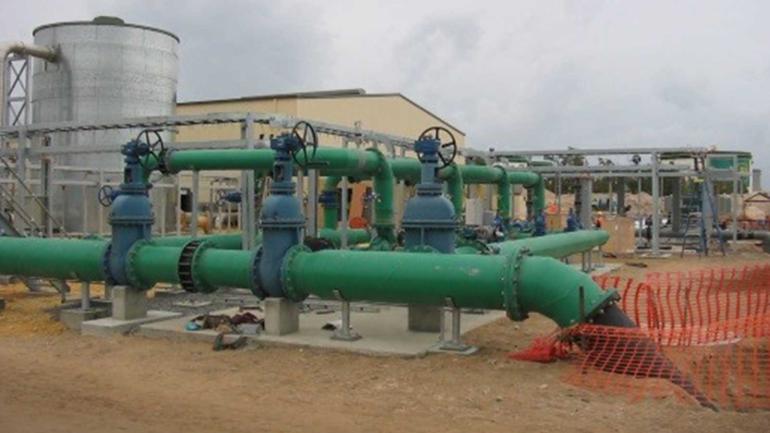 Through the implementation of water minimization and reuse measures within the refinery alongside the collective action approach to change the source of water, the refinery was able to lower total water use by 42% (from 7,250 m3/day in 1996 to 4,206.1 m3/day in 2014) including, most importantly, reduced potable water use by 93% (from 6,152 to 460.9 m3/day). This improved the potable water efficiency metric from 0.40 m3 water per tonne of crude oil throughput to 0.026 m3/T.

Besides conserving potable water for societal use, reduced water use also lowered costs. The cost reduction was achieved by reducing the volume of wastewater that required treatment prior to discharge, in addition to reducing water supply costs.  At the same time, KWRP diverted the wastewater discharge from the environmentally sensitive Cockburn Sound to the Sepia Depression Ocean Outlet some 4 km offshore. This considerably enhanced the refinery’s reputation in the local area. BP has received a number of industry and sustainability awards, including the Minister’s Award for Excellence from the Western Australia Water Industry Awards.

This project required a partnership approach at two levels: firstly within the refinery where different departments came together to work to conserve water resources; and secondly a unique cooperative relationship between the refinery, several industrial partners, the Water Corporation and the WA Government.

Within the refinery, the key factors that delivered the reduction in water demand were twofold:

Success would not have been possible if either of these factors had been missing and depended on all partners working towards a common objective to develop legal, financial and technical solutions.  A key area of work was to agree on the financial terms between all parties that satisfied the overall objective of improving water security but without raising the cost of water to the industrial parties.

The approach and learnings for this work are actively shared across BP’s downstream operations at workshops and webinars. 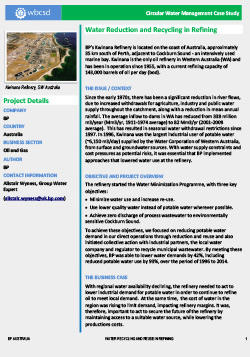