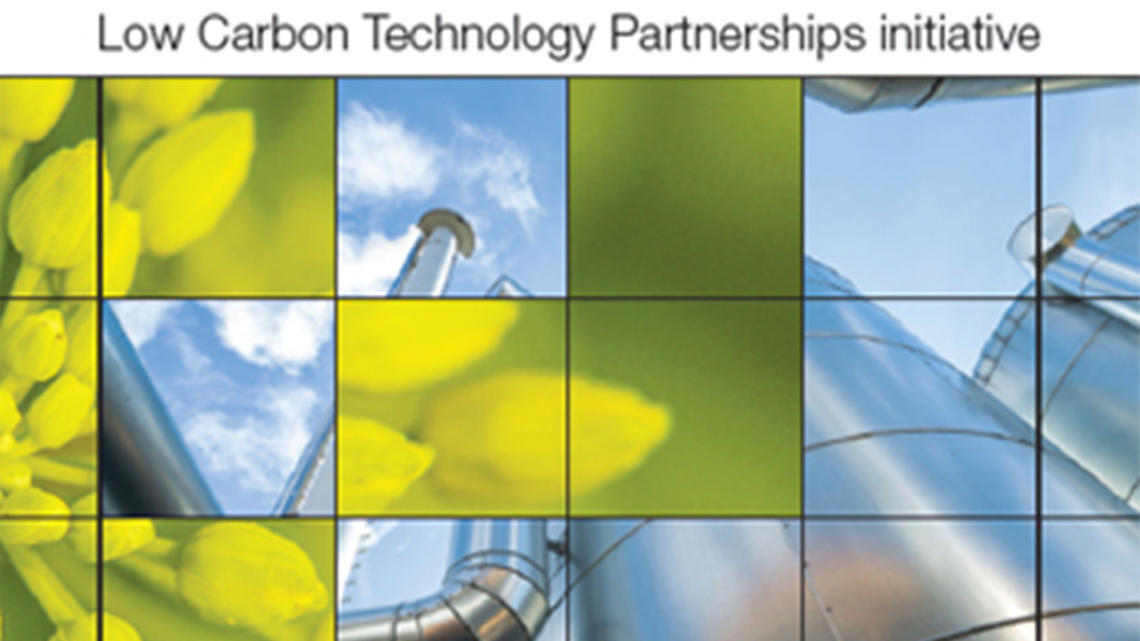 • For the first time ever, eleven leading low carbon fuel companies from around the world have joined forces to publish a comprehensive guide of sustainable fuel technologies available today that can drive down emissions in the transport sector.

• The guide helps countries and businesses identify the most suitable low carbon fuel technologies that can enable them to meet their climate commitments beyond Paris.

• Today, only 3% of transportation fuels are low carbon. According to the International Energy Agency (IEA), 10% of fuels must be low carbon by 2030 if we are to satisfy economic growth while staying below 2°C.

The guide was developed to help countries and businesses identify the most suitable low carbon fuel technologies that will enable them to implement their climate commitments following this year’s climate talks in Paris. The initiative is part of the World Business Council for Sustainable Development (WBCSD) Low Carbon Technology Partnerships Initiative (LCTPi) whose outcomes will be presented at COP21.

“As governments across the globe commit to their climate action pledges in Paris, they will be looking for solutions to help them deliver on those promises. This guide presents tangible and scalable technologies that are opportunities just waiting to be seized”.

Low carbon fuels are essential to achieving environmental, social and economic goals. The challenge is significant given that the share of low carbon fuels among transportation fuels must grow from 3% to 10% by 2030 according to IEA.

Feike Sijbesma, CEO and Chairman of the Managing Board of Royal DSM said:

“Thanks to the Low Carbon Technology Partnerships initiative of the WBCSD, countries and companies now have an accessible guide to review the opportunities provided by the various low carbon fuel technologies. DSM is committed to the development of plant-residue-based cellulosic ethanol as a viable, commercially attractive alternative to gasoline as we are moving from the fossil age to the (bio-)renewable age. Together with our partner POET, we apply our proprietary technology to convert agricultural residue on a commercial scale, allowing it to be replicated at facilities around the world. Advanced, sustainable biofuels can reduce greenhouse gas emissions with up to 95%, compared to fossil fuels. The Paris climate summit needs to be a turning point in the relationship between humanity and our environment.”

The guide was put together in recognition of the need to accelerate deployment of all available low carbon fuel solutions. This includes both mature, conventional technologies, and early stage technologies that will be ready (or have the strong potential to be ready) for commercial deployment in the coming few years.

“With transportation accounting for 25% of energy-related carbon dioxide, it is critical to significantly reduce emissions within this sector to remain below the 2°C climate warming. Biofuels are the only existing liquid alternatives to fossil fuels available at scale today and hold the potential to provide 30% of transportation fuels by 2050 – with advanced biofuels from waste and residues reducing lifecycle emissions on an average of 80-90% compared to fossil equivalents.

“Stable and long term policies such as blending mandates are critical to the successful deployment of these low carbon fuel technologies that should be a critical component to each country’s climate strategy.”

Low Carbon Transport Fuel LCTPi companies have identified a clear set policy and financial barriers that could be removed in order to facilitate deployment at scale. For example, governments can help build investor confidence by offering stable, long-term and transparent policies. Several climate action pledges of governments, including Brazil and the European Union already refer to the opportunity of low carbon fuels.

“Governments and the private sector need to work together to achieve the necessary reductions in greenhouse gas and to release the substantial pent up investment potential of the industry. To date policy uncertainty in Europe has blocked this essential investment.  As an industry leader in Europe, Pannonia Ethanol has demonstrated its willingness and ability to work with Government and with EU institutions to build a sustainable bioethanol industry for Europe.”

"With global transport emissions projected to double by 2050, low carbon fuels are an essential tool in the global fight against climate change because they can easily be used in the existing vehicle fleet to reduce greenhouse gas emissions from transport. Policy support for low carbon fuels, such as European-produced renewable ethanol with its 60% GHG savings compared to petrol, must be strengthened to ensure they can compete in a fuel market which is dominated by low oil prices. This new guide correctly identifies the need for clear, consistent and stable government policies to increase the uptake of alternative transport fuels and help drive long-term investments in this sector."

“No one has yet produced a sharper, in-depth summary of the imperative for low-carbon fuels, the state of their development, and the critical policy supports needed to ensure their deployment. Without a transport solution, there is no climate solution, and the children of today will be direct beneficiaries of these science-based policies, if they are employed and enforced.”