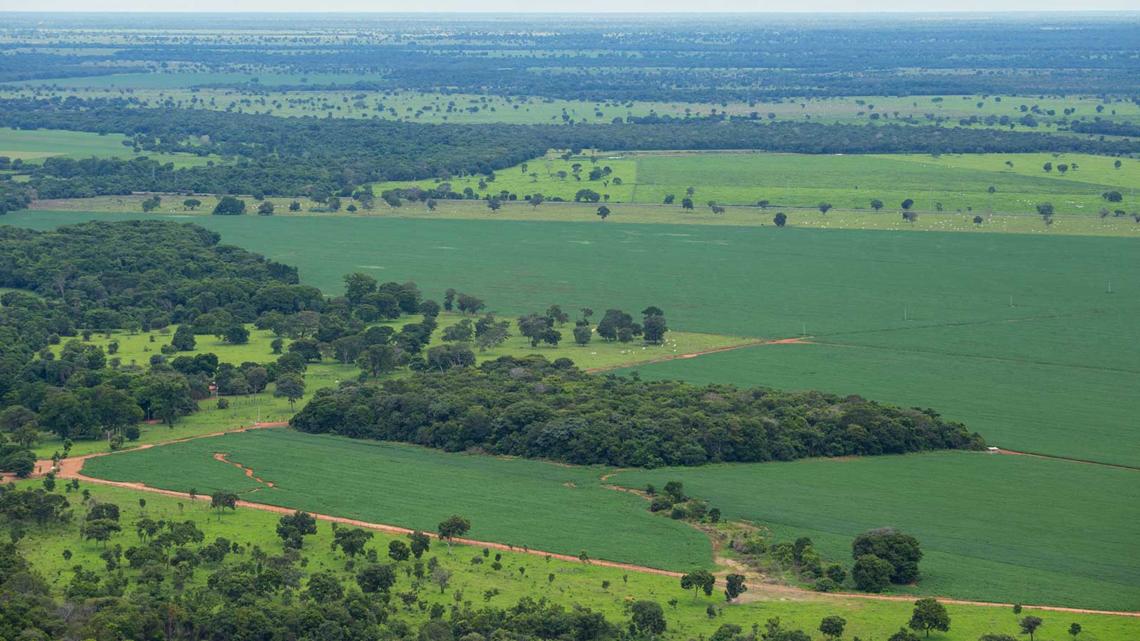 The Cerrado region of Brazil plays a significant role globally for both people and nature, in terms of climate change mitigation, biodiversity and freshwater systems. It is also an economic engine for local communities and a key production region for exported agricultural commodities. Yet the extent and pace of native vegetation loss resulting from cattle and soy farming expansion in the Cerrado poses a significant threat to these environmental, social and economic values.

By prioritizing 25 municipalities, SCF members are actively identifying where targeted interventions are needed to address native vegetation conversion for soy cultivation in the Cerrado. Identifying and reporting on percentages of soy sourced directly or indirectly is important to inform the type of strategic response that will be developed. By focusing on priority municipalities and working directly with cooperatives, aggregators, and other third parties, SCF members will engage with local partners for more sustainable production practices.

Diane Holdorf, Managing Director, Food & Nature at the World Business Council for Sustainable Development (WBCSD), said: “These reports mark an important continued step towards transparent and traceable soy supply chains in Brazil. This is the first time leading global commodity traders are working together in the soy sector on a pre-competitive project to address sustainability risks they all share, but which no single company can resolve alone. Unprecedented collaboration such as this, together with other stakeholders, is required to address these complex food system challenges.”

She added: “We welcome the leadership taken by our members in contributing to the much-needed transformation of global food systems.  This is part of our work at WBCSD to help ensure we are able to provide healthy, nutritious food and supply goods from agricultural production to a population of over nine billion by 2050, while sustaining and regenerating ecosystems and natural resources.”

The reports were produced with the assistance of the SCF’s technical partner, Proforest, and with information provided by Grupo de Trabalho do Cerrado (GTC), also known as the Cerrado Working Group.

The SCF members will continue to report every six months on these 25 municipalities.  Additional municipalities may be identified as priorities in future reporting cycles. Over time, the SCF expects the rate of native vegetation conversion to diminish in the priority municipalities as a result of targeted sustainability initiatives. Several options have already been identified and, in the coming months, SCF members will determine where best to focus time and resources to, together with local partners, achieve the greatest impact for sustainable soy production in the Cerrado.

In addition to bi-annual reporting and tackling native vegetation conversion in the priority municipalities, SCF member companies are participating in the GTC’s processes to develop agreed common definitions, to design appropriate financial incentives and to outline required actions. Collaborative action remains central to the SCF’s vision, as members work together towards sustainable agricultural supply chains and partner with government, producers, consumers and civil society to create a safer, more sustainable food system.

The reports of the SCF member companies can be found via the following links: