Rural women must not be forgotten in pandemic response

Rural women have been hit hard by COVID but are often overlooked. They must be central to pandemic responses in developing countries, with this as an opportunity to stabilise their livelihoods.

COVID-19 continues to sweep across the world, and has now spread from the developed world to the global South.  With rural populations making up three-quarters of the world’s poor, the impact of the pandemic will inevitably be most devastating in developing nations.

Emerging evidence from this pandemic and experience from previous disease outbreaks and other crises show that it’s rural women who will disproportionately bear the resulting socio-economic hardships. As critical contributors to their households and communities, rural women must play a key role in any response and recovery agenda.

Rural Women suffer the repercussions of the pandemic

Rural women are the backbone of agriculture and guardians of household food security in their communities. They make essential contributions as smallholder farmers, as unpaid labor on family farms, and as wage laborers, including as seasonal and informal workers on commercial farms. Especially as men become more involved in off-farm labor or move to urban centers for work, women are assuming a bigger share of agricultural production beyond their roles as principal household food producers and fuelwood and water collectors. They are also almost exclusively responsible for children’s nutrition.

Restrictions on the movement of people and goods — including border closures, lockdowns and other measures to contain the spread of COVID-19 — are disrupting agricultural value chains and food systems. While this affects rural farmers generally, women face barriers and disadvantages that make them less able to recover than men.

Women have weaker land tenure security and less access to productive resources than men, such as draught animals and mechanical tools. This lack of assets, coupled with their lower literacy rates and mobility and time constraints, often hinder women’s participation in agricultural extension programs and their access to credit and financial services. As markets close and cross-border trade declines, they suffer the double-whammy of not being able to sell their produce (or selling at very low prices), and lacking access to seeds, tools and other inputs needed for the next planting season.

Additionally, female agricultural workers — who make up about 43% of the agricultural labor force in developing countries — are over-represented in unpaid and low-paid seasonal or part-time jobs. They are less likely to be entitled to unemployment benefits when they lose their livelihoods due to lockdowns. Those who are informal workers because of their social status may be left out of social protection measures, such as cash transfers enacted in response to the pandemic.

When governments enforcing lockdowns shift to digital platforms to disseminate information about the pandemic or available support, rural women may be left out. Poor rural women, particularly in  South Asia and Africa, make up the majority of the 393 million women who lack access to mobile phones and internet connections and rely mainly on person-to-person networks for information.

Meanwhile, when food becomes scarce, coping strategies such as buying less food, reducing the number of meals, or switching to less nutritious food are not gender-neutral. Women often buffer the impact by reducing their own food intake or by eating last so that the rest of the family has enough to eat. In rural communities where tradition dictates that men eat first and receive the best food, women and girls must further cut back their food intake. This, of course, will compromise the health and immunity of women and girls at a time when they’re needed most.

Lockdowns also result in increased unpaid domestic and care work for women, which in normal times already average three times as much as men. Aside from being charged with caregiving, food preparation, and maintaining the house, women are primarily responsible for nursing back to health family members who fall ill. Paid or formal work will be tougher with round-the-clock household tasks.

A gender analysis conducted by CARE International and the International Rescue Committee showed that countries’ COVID-19 responses generally fail to adequately account for the gender dimensions of risk, vulnerability, resources and coping capabilities. The pandemic response must avoid exacerbating the inequalities faced by rural women while addressing the negative impacts disproportionately borne by them.

1. Ensure women’s access to information and participation in data collection.

Women’s roles as primary caregivers necessitate that they receive up-to-date public health and support information, such as symptoms to watch for, hygiene and disease prevention, contact tracing, and details on social assistance programs. It’s also important that government agencies obtain from rural women information on gender-differentiated impacts of the pandemic.

Governments and organizations should disseminate information in formats that are accessible and understandable to rural women. Given their lower levels of literacy and lower access to communication technologies, this may require translating written communications into the local dialect, using pictures, and accounting for local norms and practices in the interpretation. Media communications should prioritize local radio, with targeted messaging for women. Governments using digital platforms to disseminate information should consider distributing mobile phones to women.

Data collection efforts should apply sex-disaggregation. Rather than limiting household surveys to the household head, typically deemed to be the husband, survey organizers should ask women specific questions about their needs and the impacts they experience, and tailor policy measures accordingly.

Women’s groups — including savings, farmer and social groups, and community-based organizations — can be powerful partners in information dissemination and gathering.  For example, in India, women’s self-help groups (SHGs) are bringing pandemic prevention efforts to hard-to-reach communities. In the state of Kerala, a women’s SHG helped the government by using social media, posters and weekly meetings to communicate proper handwashing and social distancing procedures. In Bihar, one of India’s poorest states, a women’s SHG spread similar information through leaflets, songs, videos and text messages.

It is essential for local food supply chains to continue functioning during lockdowns — not just for rural women and small-scale farmers, but for the populations that rely on their produce.

When markets must close, governments can establish online markets linking small-scale producers to consumers. Governments can also purchase surplus produce at fair prices and transport them to towns and cities.

For example, after restaurant closures left potato farmers with excess crops, the provincial government of Gangwon, South Korea, set up an online market. Officials used Twitter to encourage consumers to purchase potatoes at low prices, and the province covered all shipping costs. In France, the government  worked with farmers’ unions to develop tailored hygiene advice to keep farmers’ markets and community-supported agriculture schemes up-and-running. The province of British Columbia, Canada declared community gardens and farmers’ markets as essential services. In India, a women-led agricultural cooperative, the Rural Urban Distribution Initiative or RUDI, scaled up procurement of seasonal produce from small and marginal farmers and partnered with delivery apps for last-mile delivery in urban areas.

Small-scale farmers and producers also need help in preparing for the next season. Agricultural stimulus packages and subsidies must include specific targets for women, such as cash transfers to help with the purchase of seeds, fertilizer and tools to grow food. Government and private sector financial institutions can set up mechanisms such as credit lines with lower interest rates; expanded acceptable collateral such as jewelry, crops and livestock; and suspended interest payments. Governments and international donors can also support local women’s savings and loan associations and cooperatives to provide similar financial services.

Policy responses should also aim to build rural women’s ability to cope with future shocks. This includes addressing women’s unequal access to land and productive resources and supporting their engagement in higher-value agricultural activities such as cash crop production.

This can be done as part of an immediate response, for example, direct support to female-headed households for the development of kitchen gardens and the purchase of small livestock in Pakistan. It can also be part of a sequenced intervention. For example, during the Ebola outbreak in northern Sierra Leone, the government addressed immediate needs through emergency cash transfers, followed by longer-term resilience-building through seed vouchers and training on improved agronomic practices, crop diversification, entrepreneurship and more.

Other measures that promote resilience include supporting women-owned enterprises in government procurement. For example, for its COVID-19 food relief efforts, the government of Senegal is sourcing from women rice producers. Another example is leveraging platforms that support women, for example, UN Women’s Buy from Women digital platform designed to connect women smallholder farmers and cooperatives to extension and financial services, and to national and global supply chains.

Public works programs can also set quotas for female labor participation and offer flexible working hours. In India, a government rural development program guarantees women and men public works employment in between agricultural seasons as a way of providing rural communities a safety net. The program has a quota of at least one-third women, but states such as Chhattisgarh typically have more than 50% female participation.

Most countries have adopted or expanded social protection programs, including cash transfers. But there is a risk that rural women, who are mostly self-employed small-scale farmers and informal agricultural laborers, will not benefit from these measures. For example, household distributions may not necessarily reach women, particularly if the named recipient is the household head, typically a man. Other impediments faced by women include lack of bank accounts and mobility constraints.

Social protection schemes can be adapted or expanded to other types of assistance in order to target rural women. These include in-kind assistance such as food packages and food vouchers, particularly where markets are closed, movements are restricted and food prices are spiking. Conditionalities for pre-existing cash-transfer programs can be dropped or suspended so that women can continue accessing them, or new cash transfers created for women with care responsibilities. Household-level cash transfers should be communicated as a family benefit, with both spouses as recipients.

Other forms of social assistance can include food banks, community kitchens, school feeding programs, and waivers or deferrals of utility payments.  For example, in Kerala, India, the state’s emergency relief included distributing masks and hand sanitizers together with free food grains, opening subsidized food stalls, and releasing funds for loans through a women’s empowerment network, the Kudumbashree.

Economic and social strains, confinement and reduced peer support put women at greater risk of gender-based violence. Initial reports received by UN Women show a 25% uptick in violence against women during COVID-19 lockdowns in countries with reporting systems in place.

Empowering Women During the COVID-19 Response

These measures applied to the current pandemic can be integrated into crisis response policies and programming moving forward. It is also important to invest in women’s leadership and empower women to participate and contribute in the design of policy measures to address future crises.  Women’s rights and empowerment must be a key element of the pandemic response and long-term resilience.

This article was originally published by WRI 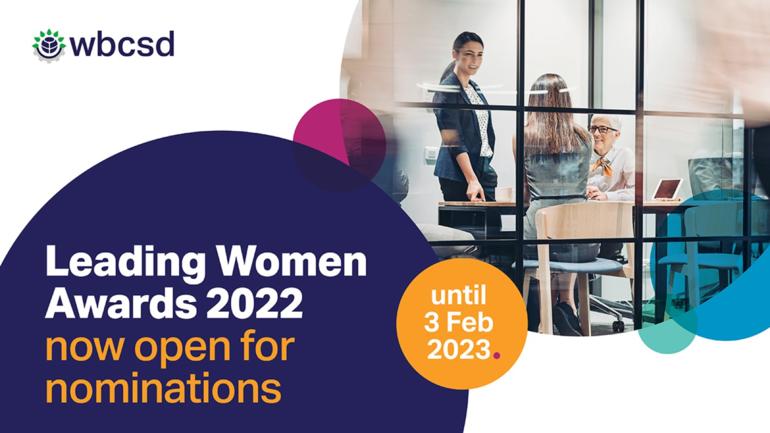 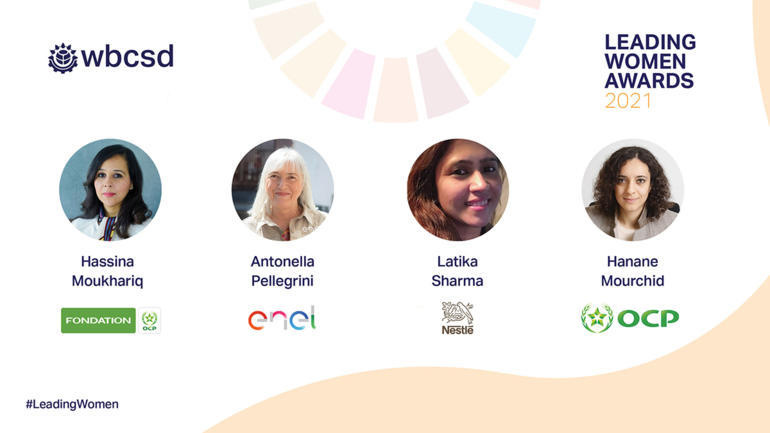 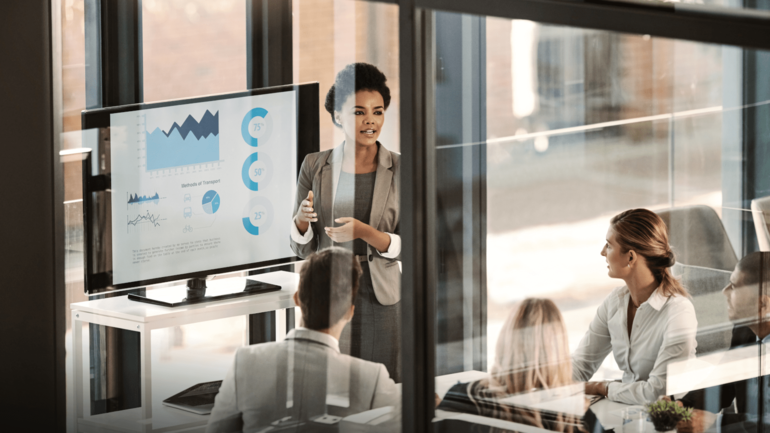 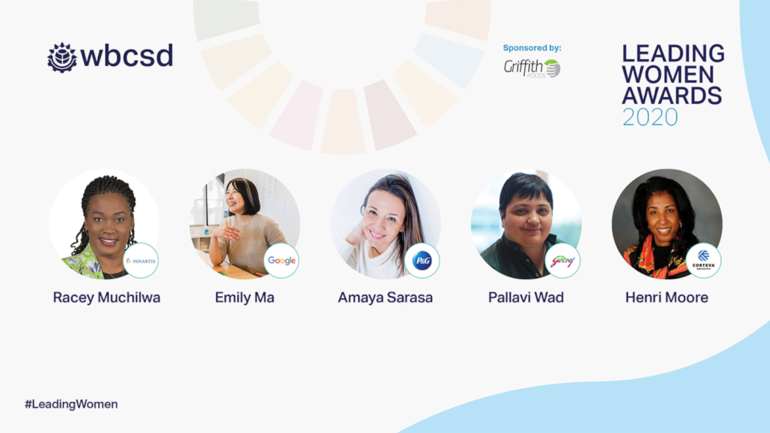 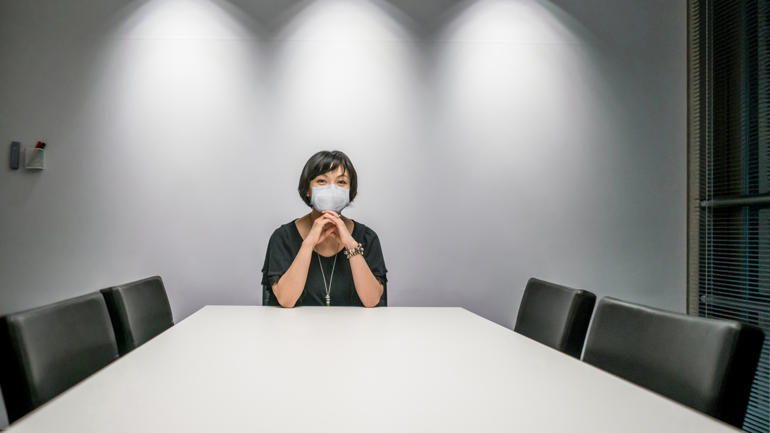 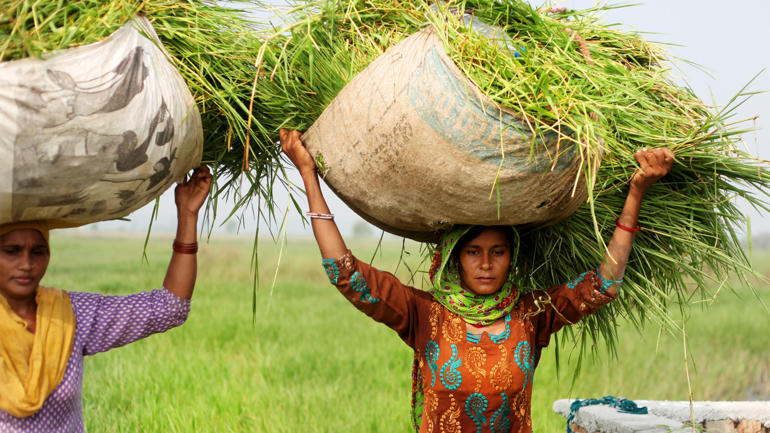 The role of gender in developing countries’ pandemic response