Over the past two weeks in Katowice, Poland, nearly 25,000 delegates from around the world gathered for the twenty fourth Conference of the Parties under the United Nations Framework Convention on Climate Change (UNFCCC), also known as COP24. The main objective was to hammer out the rules of implementation for the Paris Agreement, referred to by many as the Paris Rulebook.

Together, WBCSD and our members hosted or were involved in over 20 events in what’s come to be called the most important climate conference since COP21 in Paris back in 2015.

While the negotiations on the Rulebook progressed relatively slowly but smoothly in terms of narrowing down options on technical aspects of implementation (reporting on progress, transparency on process, etc.), discussions quickly turned political as several countries did not respond to calls for increased ambition.

In other words, discussions at the conference reflected a significant disconnect from the messages of urgency heard throughout the year at major events like the Global Climate Action Summit (GCAS) in San Francisco, and in the recently released IPCC Special Report on 1.5°C, which highlighted that the impacts of 2°C global warming are far greater and more catastrophic than the world had previously realized.

The mood and messaging across the COP resounded that, while a 1.5°C world is still possible, it will require radical and urgent transformation of all systems at an unprecedented scale. This is precisely why this year’s negotiations were so important: adopting strong rules in 2018 would lead to better and more ambitious commitments and outcomes in the future.

Ultimately, the agreement reached in Katowice on the Rulebook is an important step forward towards operationalizing the Paris Agreement and reflects positively on the strength of the multilateral governmental process on climate change.

“We are driven by our sense of humanity and commitment to the well-being of the earth that sustains us and those generations that will replace us,” Michal Kurtyka, Secretary of State in Poland's Ministry of Energy and Environment Ministry, who presided over the conference.

Referring to the difficulty of finding global consensus on such technical and politically complicated issues, he said: “under these circumstances, every single step forward is a big achievement. And through this package, you have made 1,000 little steps forward together.”

The Talanoa Call For Action, adopted during the second week of the COP, calls on governments to work with all stakeholders to enhance global ambition by 2020 and to develop long-term, low-emission development strategies, government and international agencies to step up financial, technical and technological cooperation and private sector leaders to be agents of change.

Forward-thinking global businesses were united in their call for increased climate ambition, clear rules and strong enablers for implementing the Paris Agreement and measuring progress, despite clear divides emerging between blocs of negotiating countries.

“Industry and the private sector more broadly are no longer the problem, but key partners for investing in innovation to find the solutions to tackle the climate challenge,” said Tomasz Chruszczow, Poland’s High-Level Climate Champion.

“The UNFCCC has been working to build strong ties to non-State actors in an effort to connect these annual negotiations to leaders making a difference in the real world,” said Kay Merce from the Global Climate Action team at the UNFCCC. “We have worked very hard to have businesses discuss the key question of ‘how do we get there?’ That is how we reach the Paris Agreement, by building these dialogues between businesses and ministers.”

At the COP itself, WBCSD members demonstrated their commitment to transformative action through tangible, scalable solutions across numerous events including the UNFCCC Global Climate Action Industry Day, the Low-Emissions Solutions Conferences and the through the official Talanoa Dialogue process.

Taking climate ambition to the next level - industry leadership in action

Industry leadership was a central theme across the entire COP, in large part, because industry and business have a responsibility to help ensure that the workforce is not left behind as we accelerate transition to a net-zero emission economy.

Samantha Smith, Director at the Just Transition Centre (ITUC), set the tone for the Global Climate Action Industry Day, saying that dialogue between business, unions and governments will be critical for “managing major shifts” in the global economy and the workplace as countries move to address the climate challenge.

“People need job security, and they need to be good jobs. The same process applies to workers and communities in sunset industries,” she said. In other words, business and industry should be poised and ready to reskill individuals and reshape communities who may be affected by the low-carbon transition.

Business and industry are critical for the “just transition,” but they’re also key partners for reducing emissions.

During the COP Industry Day, Roger Steens, Director of Sustainability at Tata Steel Europe said, “So many people talk about needing the technologies for reducing emissions, but the industry activity needed to create those technologies is going to create emissions.

“We need to recognize that we’re moving from a fossil fuels society to a materially dense society – which requires industry responsibility for moving away from emissions,” he said.

For example, James Goudreau, Head of Climate at Novartis, explained the process behind the company’s decision to put climate action at the heart of its new internal strategy: “We’re a science company so whatever we do should make sense from a science perspective,” he said.

“With the Paris Agreement and a changing expectation from society, we knew we needed to be more ambitious,” he added. “So, we brought in finance, procurement, corporate affairs and others who didn’t think we’d be sustainable and make money - but after two days - we started with a clear vision of where we wanted to go.”

The company is emerging as one of the fresh leaders in the climate space – and Goudreau encouraged everyone in the room to follow suit. “We all need to be more ambitious,” he said to business leaders and government representatives alike.

The calls to action from other speakers were strong: the world needs to address climate change, and partnerships between government, business and civil society are critical for success.

During a series of panels with speakers from Novozymes, Schneider Electric, Suez, the Stanley Foundation, ABB, Lafarge Holcim and Saint-Gobain, business actors across the board were able to show government actors that they are implementing climate solutions and are ready to do more.

It featured a dedicated session on Creating Ambition Loops, a concept developed through a report launched in the lead up to COP24 by We Mean Business, WRI and the UN Global Compact. The “ambition loop” is a positive feedback loop in which bold government policies and private sector leadership reinforce each other, and together take climate action to the next level.

“The purpose for being here is to inspire our peers to take action, and to inspire the [negotiating countries]. [The process] shows how ambition in the private sector creates the space for more ambitious action across [non-State actors],” said Jennifer Austin, Policy Director at the We Mean Business coalition.

The Low-Emissions Solutions Conference and Dinner

For the past three years, the Low-Emissions Solutions Conference (LESC) has provided a space for business, government and civil society to demonstrate solutions aimed at addressing the climate challenge.

This year, the LESC conference returned to COP24 under the theme of Accelerating Action to a Low-Carbon Future. It was designed to showcase examples of business climate action, illustrating that emissions reductions in line with the Paris Agreement are possible, and that - with business as a key solution provider and implementation partner - countries should feel comfortable ramping up their national climate commitments between now and 2020.

The event featured representatives from government, academia, business and civil society who discussed natural climate solutions, land use and the energy transition in efforts to limit warming to well-below 2°C.

“The solutions exist,” said Bertrand Piccard, founder and chairman of the Solar Impulse Foundation. “We don’t need to put off implementing them, we can transform the energy system by supporting innovation from around the world.”

A full summary of the LESC panel event is available here.

In addition to hosting formal panel sessions within the COP itself, WBCSD, SDSN and ICLEI also hosted a special LESC dinner focused on Land Use and Natural Climate Solutions to achieve the Paris Agreement, designed to facilitate networking and coordination between startups, NGOs, big business and UNFCCC delegates.

The dinner focused on the importance of natural climate solutions, and the role that land plays in carbon sequestration.

“On energy and land, many climate solutions exist and can be deployed now. We should not be distracted by the pace of the negotiations and continue to deploy these solutions. We should collaborate on our communication with our employees, providers and customers about their benefits and the opportunities they create” said Maria Mendiluce, member of WBCSD Senior Management Team.

At the dinner, representatives from across society came together for guided discussions on 1.5°C, the role of innovation and collaboration. The dinner event was unique in that ministers, students, NGOs, business people and others were able to speak with one another on the same level – no podiums, no stages, just connections.

For a full list of the connections made, see here.

Eventually, COP24 did manage to agree with 24h delay on the Rulebook, an important step forward towards the implementation of the Paris Agreement reaching its full potential.

“The guidelines that delegations have been working on day and night are balanced and clearly reflect how responsibilities are distributed amongst the world’s nations,” said Patricia Espinosa, UNFCCC Executive Secretary. “They incorporate the fact that countries have different capabilities and economic and social realities at home, while providing the foundation for ever increasing ambition.”

However, the deal is far from perfect. Most notable perhaps is the lack of urgency towards raising ambition in national commitments, reflected in part by the lack of agreement on the part of the text related to addressing international cooperation on carbon markets, which has been deferred to next year. This is a clear missed opportunity as carbon markets are at the heart of efforts to raise climate ambition.

“From the beginning of the COP, it very quickly became clear that this (carbon markets) was one area that still required much work and that the details to operationalize this part of the Paris Agreement had not yet been sufficiently explored”, said Espinosa.

All in all, the results of this year’s climate negotiations reflect a mixed bag, but now is not the time to slow down.

Though the Rulebook and Talanoa Dialogue outcomes are weaker than business would have hoped for, we should still be hopeful and cannot slow down.

Now is the time to ramp up momentum. The next several months will be critical in rebuilding the political momentum to go further, faster. The question is no longer can we change, the question is how fast do we want to?

And in light of the sticking points between national governments, it’s up to business to continue taking the lead. 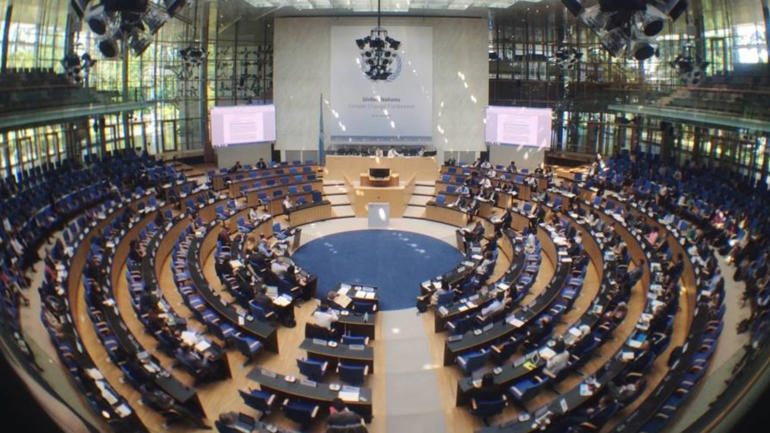 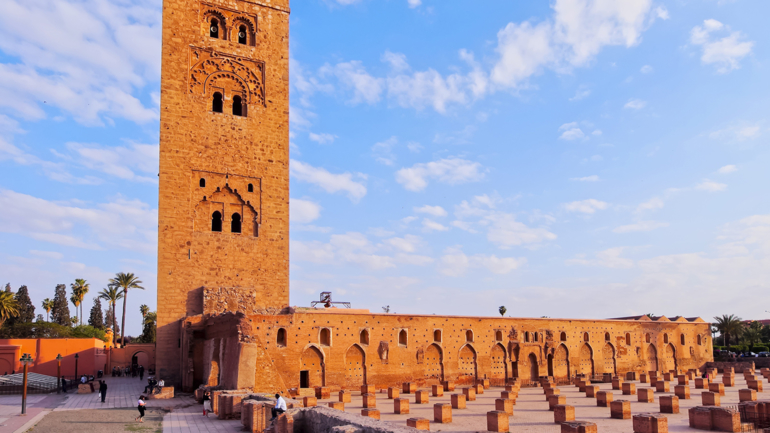 Insider perspective on COP22 in Marrakesh 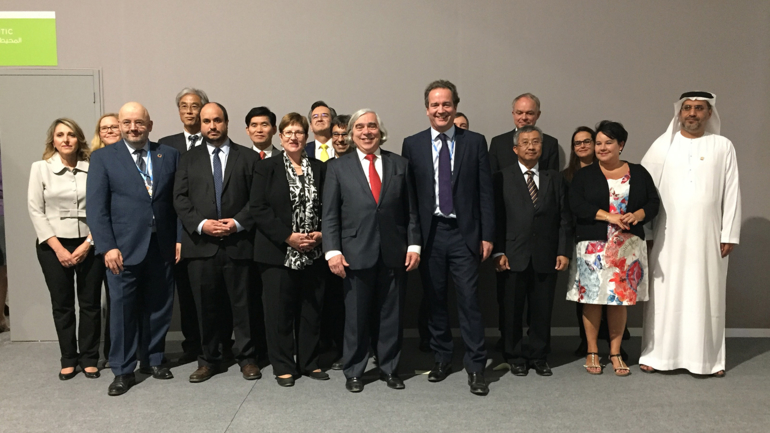