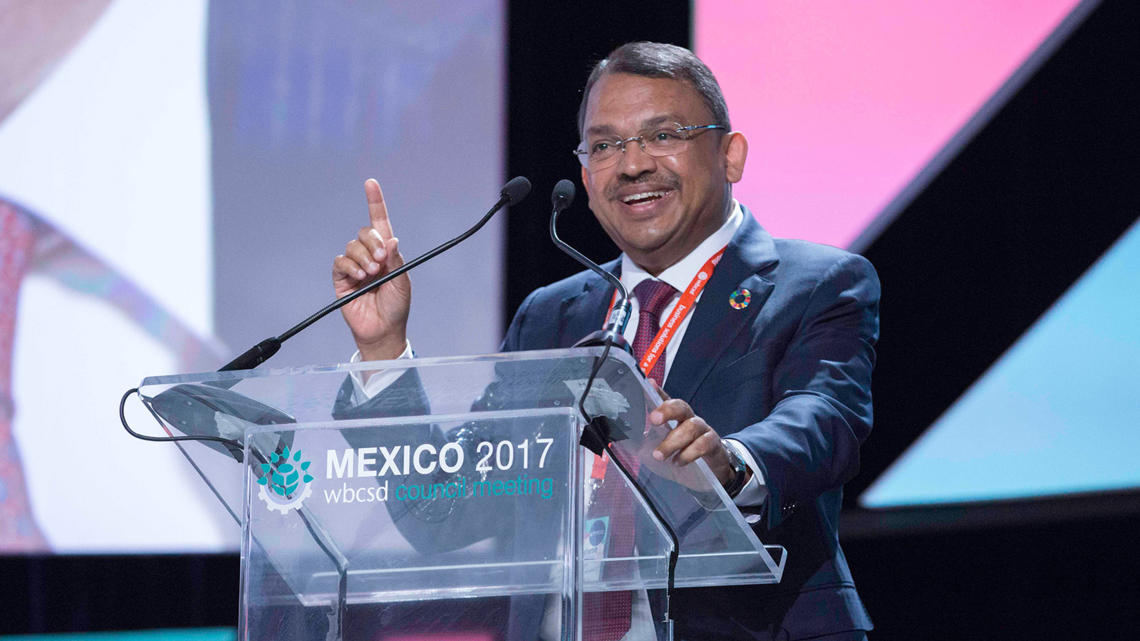 The appointment was enacted by a vote from members at the 2017 Annual General Meeting of WBCSD, held today during the organization’s Council Meeting taking place in Mexico City.

Mr Verghese will succeed Mr Paul Polman, CEO of Unilever, who has been Chairman of WBCSD since 2014. Mr Polman’s term ends on 31 December 2017.

Mr Verghese is the recipient of numerous awards including the Ernst & Young Entrepreneur of the Year for Singapore in 2008 and Best CEO of the Year 2011 at the Singapore Corporate Awards. He was also awarded the Public Service Medal by the Government of the Republic of Singapore in 2010.

Mr Verghese also serves as a commissioner of the Business and Sustainable Development Commission (BSDC).

A range of additional appointments to the Executive Committee (ExCo) of WBCSD were also made during the AGM: