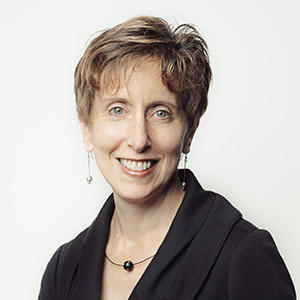 Diane Holdorf is Managing Director of Food and Nature at the World Business Council for Sustainable Development (WBCSD), based in Geneva, Switzerland, since December 2018  In this role she leads business efforts to accelerate the much-needed system transformation in the areas of food, nature and water. With members and partners, this work brings leadership standards and tools, advocacy and projects across the value chain – from production to consumption – which deliver impact at scale where the urgent agendas of climate, nature and food systems intersect

Prior to joining Kellogg, Diane served as vice president for Delta Consultants (now Antea), a U.S.A-based environment, health and safety and sustainability consulting firm. During her 17 years with Delta Consultants, she served in numerous management and consulting roles, based in the US and in the UK, where she worked with many consumer packaged goods, forest products and manufacturing companies in development and implementation of global programs for corporate responsibility, environmental management and risk management.

Diane’s board experience includes serving as a corporate officer during her years as Managing Director of a UK-based joint venture while with Delta, as well as serving as secretary of the board for Inogen Environmental Alliance, a global business of which Delta was a member.

Ms Holdorf received Bachelor’s degrees in Public Communications and in German from Syracuse University. She also completed the Executive MBA Program at the University of St. Thomas.

Diane is an active Twitter user and can be found tweeting @DianeBHoldorf.

Member of the following Advisory Groups