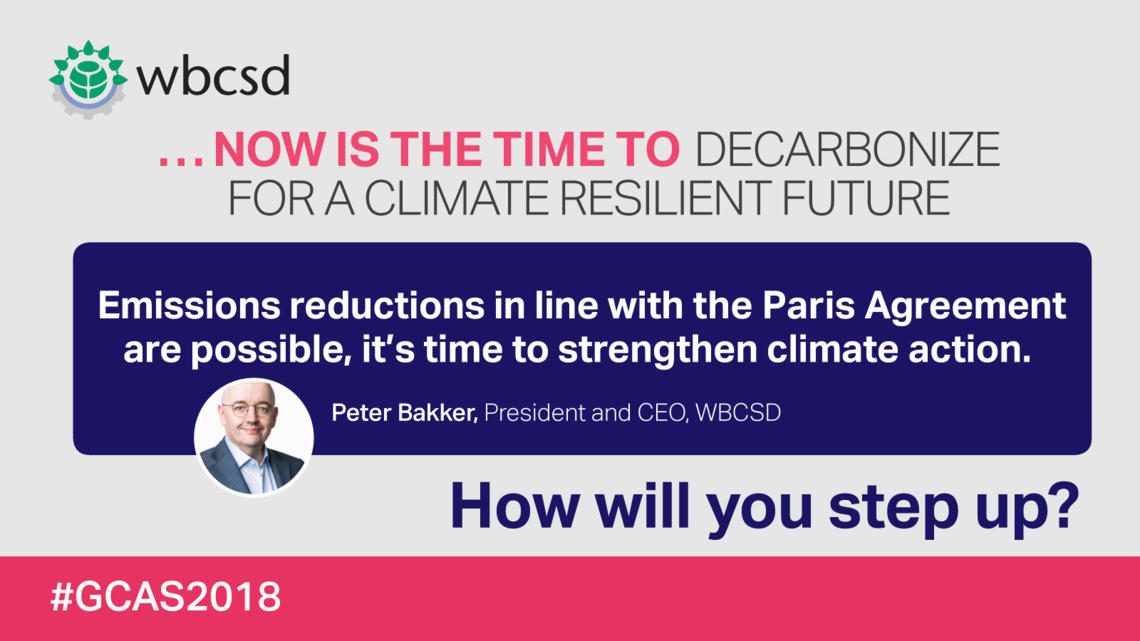 San Francisco, California 14 September 2018: Today, at the Global Climate Action Summit in San Francisco, we released a new data-driven infographic, designed to send a clear policy signal: business is stepping up to climate ambition. Policymakers can feel comfortable about increasing their climate targets under the Paris Agreement.

Combatting climate change is critical.  If we don’t limit warming to well-below 2°C, we won’t be able to avert detrimental impacts to people and planet.

Growth in corporate reporting on climate has grown exponentially. Still companies are going further. In the early 2000’s, companies were encouraged to report on GHG emissions. Now, there’s a push for companies to disclose climate-related risk. The advent of the Task Force for Climate-related Financial Disclosures have helped push climate change into the mainstream.

At the same time, Investors are demanding more information on climate. Over 2,000 asset management firms have signed on to Principles for Responsible Investment (PRI).

But there’s still more to do. 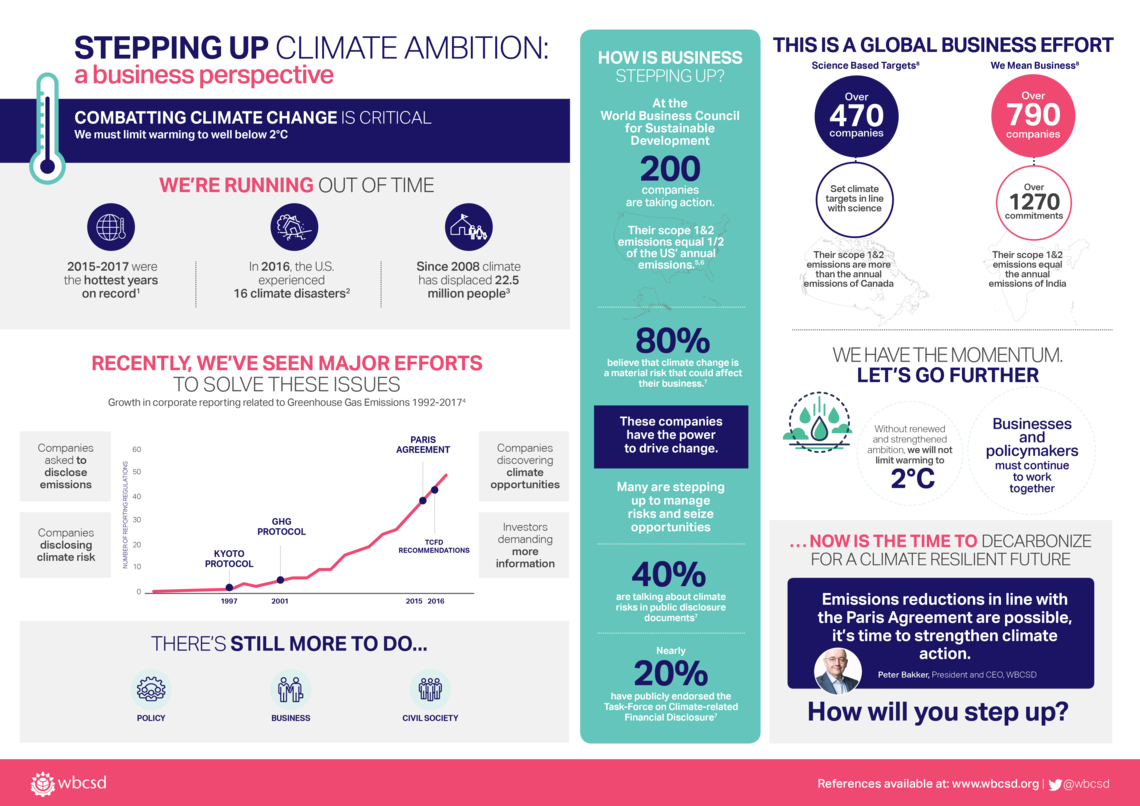 According to Patricia Espinosa, the UNFCCC Secretary General, “To build even greater confidence that climate action momentum is real, we need [to see] that business and investment is transforming in line with agreed climate and sustainability goals.”

Business is stepping up.

At the World Business Council for Sustainable Development, nearly 200 companies from around the world are taking action. Together, their scope 1 and 2 emissions are equivalent to nearly half the annual emissions of the United States.

These companies have the power to step up and make change. And they understand why they have to.

For example, 80% of our member companies featured in this year’s Reporting matters study believe that climate change risk is material to the future success of their business.

Many are stepping up to manage risks and seize opportunities: 40% are talking about climate risks in public disclosure documents, while nearly 20% have publicly endorsed the Task-Force on Climate-related Financial Disclosure.

But this effort goes beyond WBCSD and our members.

Around the world, over 470 companies have committed to set greenhouse gas reduction targets in line with climate science through the Science Based Targets initiative, representing scope one and two emissions of more than the annual emissions of Canada.

At the same time, 790 companies have made over 1,200 commitments to address climate change through the We Mean Business coalition. Together, these companies represent 20% of the global economy by market capital. Collectively, their scope one and two emissions are in line with the total annual emissions of India.

We have the momentum. Let’s go further.

Without renewed and strengthened ambition, we will not limit warming to 2°C.

Businesses and policymakers must continue to work together.

… NOW is the time to decarbonize for a climate resilient future. Leading business is calling for increased ambition and swift implementation of bold climate commitments.

How will you step up?