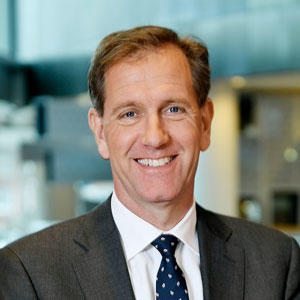 Chairman of the Managing Board, Rabobank

Wiebe Draijer took over as Chairman of the Rabobank Managing Board on 1 October 2014. He studied mechanical engineering in Delft and in 1992 received an MBA from the Insead Business School. From 1990 to 2003, he was employed as a consultant at the McKinsey consultancy firm. In 2004, he was appointed the company's managing partner for The Netherlands and in 2006 for the Benelux countries. As from 1 September 2012, Wiebe Draijer was appointed president of the Social and Economic Council of The Netherlands.