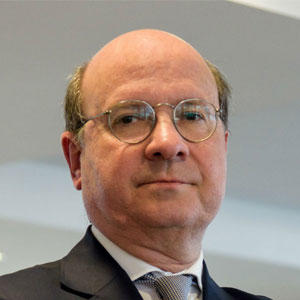 João Castello Branco was born in 1960 in Lisbon and is a Portuguese national. He holds a degree in mechanical engineering and  thermodynamics from Instituto Superior Técnico of Lisbon and an MBA from INSEAD.

João Castello Branco has been the Chief Executive Officer of Semapa Group since July 2015, as well as the Chairman of the Board of Directors of Semapa’s two main subsidiaries - The Navigator Company and Secil - since the end of 2018.

After completing his degree, he worked at the Renault engine development center in France. In 1991 he joined McKinsey, where he was Partner and Director of the Iberia Office, having led the Lisbon Office and subsequently moving to Madrid. At McKinsey he developed his activity in a number of different industries, including financial services (banking and insurance), natural resources, telecommunications and economic development where he has served some of the leading institutions, both in Portugal and Spain. He also worked in these and others sectors in Europe, Latin America and the United States.