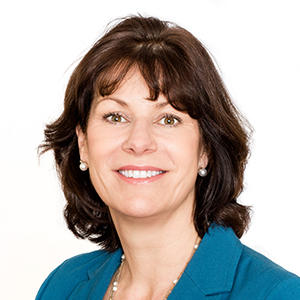 Claire O’Neill entered politics in 2007 after a transatlantic career in consulting and finance, initially as a policy advisor to George Osborne, the then Shadow Chancellor and then as the Conservative MP for the Devizes Constituency from 2010 - 2019.

She served in several Ministerial positions before becoming Climate Change Minister and then attending the UK Cabinet as Minister for Energy and Clean Growth. Claire wrote and implemented the UK’s Clean Growth Strategy; formed the Green Finance Taskforce; launched the global Powering Past Coal Alliance to end coal-powered electricity generation and negotiated the UK’s Offshore Wind Sector Deal that dramatically dropped the cost of this vital renewable energy source. In 2019 she brought forward the ground-breaking legislation that committed the UK to be a Net Zero emissions economy by 2050 and she also formulated the UK’s successful bid to host the United Nations 2020 Climate Change Conference known as COP26. She served as COP26 President-Designate until she left politics in 2020.

Ranked as one of Bloomberg’s global “Green 30 for 2020”, Claire has now joined the World Business Council for Sustainable Development (WBCSD) as the Managing Director for Climate and Energy,  and Natural Climate Solutions. WBCSD is the leading voice for business sustainability and is a global CEO-led organization drawn from all business sectors and all major economies, representing a combined revenue of more than USD $8.5 trillion and 19 million employees.

In addition, Claire is a Fellow of the Energy Institute.

Claire grew up in Somerset, UK and studied Geography at Brasenose College Oxford followed by an MBA at Harvard Business School and is a Fellow of the Royal Geographic Society. She has three children and is married to Professor Bill O’Neill of Cambridge University. Claire and Bill are avid cyclists and bee-keepers.

Claire is an active Twitter user and can be found tweeting @ClaireClimate.