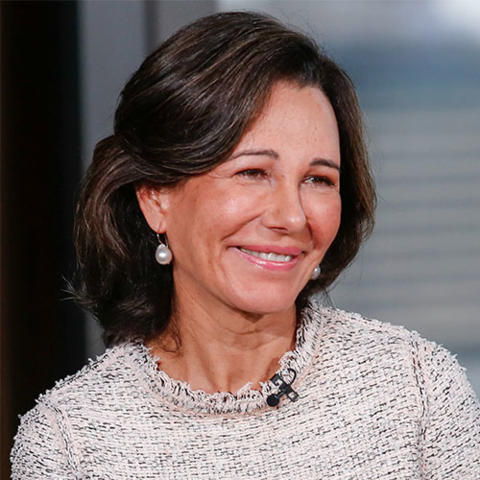 Santander moved from Money Savings Expert's worst to the best current account provider on the UK high street. The number of loyal customers more than doubled to 3 million, thanks largely to the pioneering 1|2|3Current Account. SME lending also increased by 50% between 2012 and 2014.

Under her leadership, Santander UK was named one of the top 25 large employers to work for by The Sunday Times.

Ms Botín began her career at JP Morgan, New York, where she worked for 8 years. In 1988, she joined Banco Santander to lead the Group’s expansion in Latin America in the 90’s. In 1999, she set up and ran an IT web consultancy firm.

From 2002 until December 2010, Ms Botín was Executive Chairman of Banesto, recognised as the Best Bank in Spain for three consecutive years by Euromoney.

Ms Botín is an active leader in philanthropy. She is the founder and Chair of CyD Foundation, which supports and promotes the contribution made by Spanish universities to economic and social development in the country, Empieza por Educar (Spanish affiliate of Teach for All).