The WBCSD’s CSI and its members are the main driver of this initiative, collaborating closely with the IEA; the Status Review Report was developed in consultation with Confederation of Indian Industry (CII), with support from International Finance Corporation (IFC); Cement Manufacturers Association (CMA) is the communication partner of the project.

By adopting state-of-the-art technological interventions, innovative production techniques and climate-resilient resource optimization measures, cement manufacturers in India are integrating sustainability within their growth aspirations. The sector has already surpassed the targets of the Perform Achieve and Trade (PAT) Scheme by 80%  and is now being recognized globally as one of the most energy-efficient and sustainable markets for cement.

Results from the study show a 5% reduction in direct CO2 emission intensity compared to the 2010 baseline. CO2 emission intensity including onsite or captive power plant (CPP) power generation has also reduced by 6.8% compared to the 2010 baseline. Alternative fuel use reflected by Thermal Substitution Rate (TSR) has increased by 5 times from 2010 to 2017. The sector consumed more than 1.2 million tonnes of alternative fuels in 2017.

“Sustainability is a journey, not a destination. In our globalized and interconnected world, no-one can solve alone the challenges ahead of us and the only opportunity to succeed is through collaborative partnerships, where the common interests of all are considered as more important than the sum of individual interests. This is exactly the spirit that has animated the CSI’s low carbon journey since 1999. This flagship project - with its members - has developed, implemented and shared collective solutions for measuring, reporting and improving its GHG reduction performance, year after year,” said Philippe Fonta, Managing Director CSI, WBCSD.

Looking at the performance of India’s cement industry between 2010 and 2017 with respect to emission reduction measures, the country currently demonstrates a promising low-carbon future for the cement industry. From improving energy consumption patterns during the production process to increasing use of alternative fuels through recovering energy from a range of waste streams, the Indian cement industry is gradually positioning itself to be at the heart of a circular economy. It’s pertinent to note that such ambitions are attainable only with a supportive policy framework and appropriate financial resources invested over the long term. An investment climate that will stimulate the scale of financing required must be created. To achieve the levels of efficiency improvements and emissions reduction set in the roadmap to 2050, government, industry and the finance community must take collaborative actions.

Results from this Status Review report reveal that the direct CO2 emission intensity was reduced by 32 kgCO2/t cement to 588 kgCO2/t cement in 2017 – a 5% reduction as compared to the baseline of 2010. The sector has achieved the 2020 performance objective for carbon emissions intensity reduction three years ahead of schedule. Credit for this encouraging achievement mainly goes to an increased use of alternative fuel and blended cement production, coupled with a reduction in clinker replacement factor. However, the study also shows that significant efforts will be needed to meet the 2050 objectives of 40% reduction.

The CO2 emission intensity (including onsite or captive power plant (CPP) power generation) has reduced by 49 kgCO2/t cement to 670 kgCO2/t cement in 2017 compared to the baseline year. The adoption of waste heat recovery systems (WHRS) by cement plants in India has offered numerous benefits such as mitigating greenhouse gases (GHG )emissions and achieving the Perform Achieve and Trade (PAT) Scheme cycle targets. WHRS capacity in India has increased by more than two-fold (212%) in 2017 compared to baseline year with total installed capacity of 344 MW in 2017. This could ultimately help in contributing to long term energy security in India.

Alternative fuel use, reflected by thermal substitution rate (TSR), has increased by five times from 2010 (0.6%) to 2017 (3.0%). More than 60 cement plants in India have reported continual usage of alternative fuels, with 24% of the total alternative fuels consumed as biomass.

The share of blended cement in the total quantity of cement manufactured in India in 2010 was 68%. This increased to 73% of total cement production in 2017, largely due to the market’s growing acceptance of blended cement, emerging awareness of sustainability concepts, the availability of fly ash from thermal power plants and the use of advanced technology. The production of Pozzolana Portland cement (PPC) grew from 61% in 2010 to 65% in 2017. The share of Portland slag cement (PSC) in cement production remained flat, at less than 10%, over the same period. The clinker factor improved from 0.74 in 2010 to 0.71 in 2017. 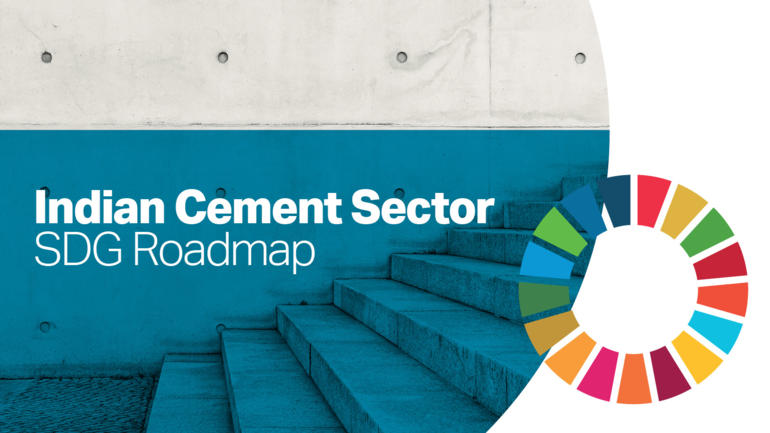 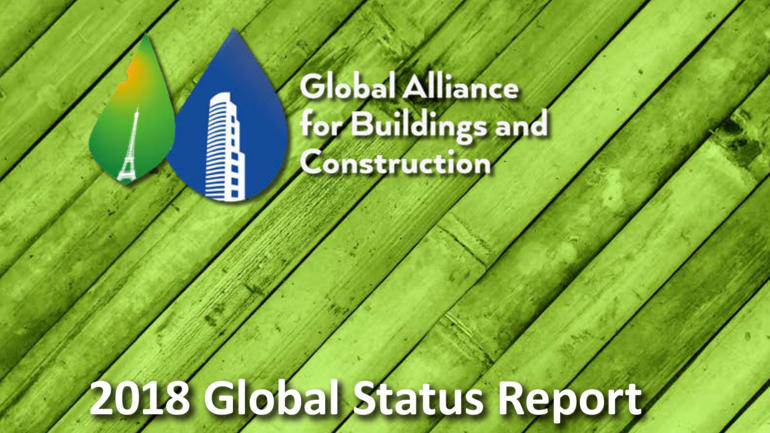 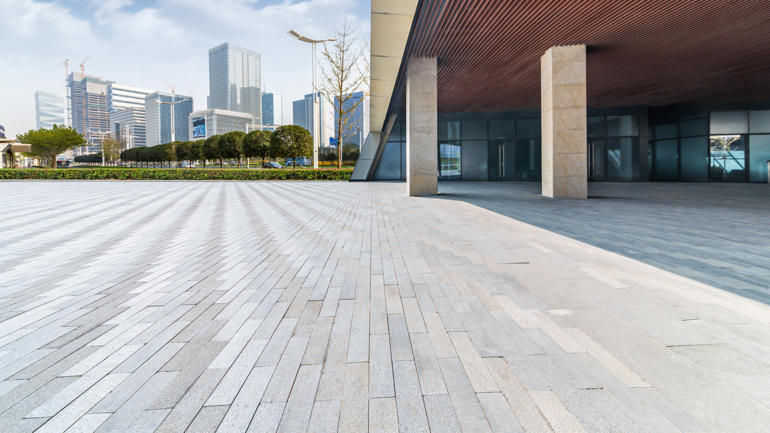 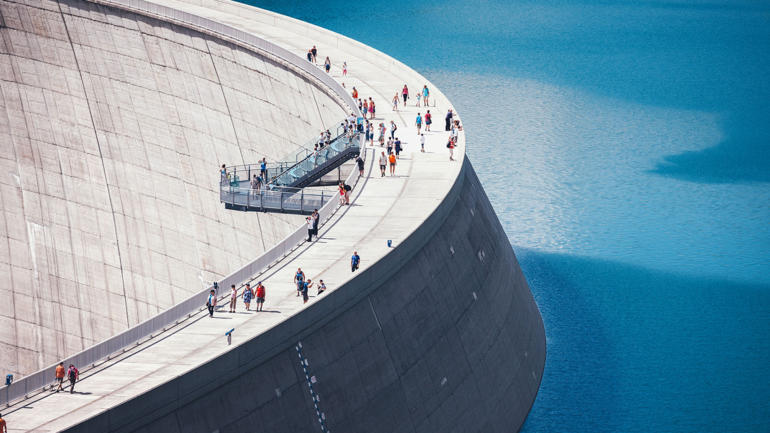 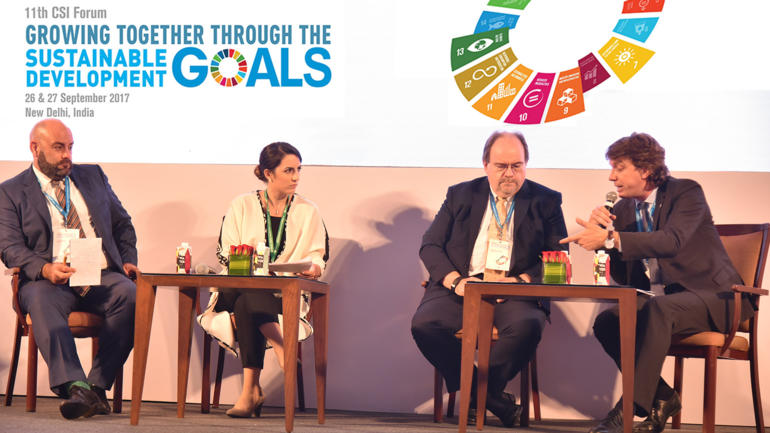 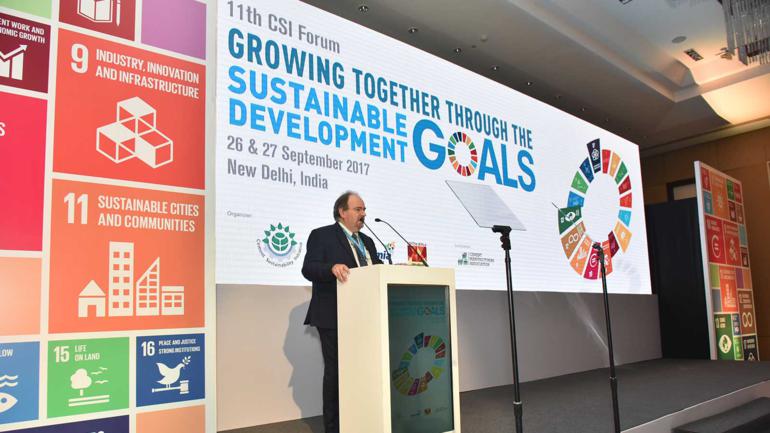