The United States has seen a series of concurrent climate-related disasters this summer.

As the climate changes, the air and oceans get hotter. As the oceans get hotter, the warmer water acts as a catalyst giving more strength to hurricanes. As a storm moves over hot water, it captures moisture and energy very quickly. So far in 2020, we have already experienced 17 tropical storms and 10 hurricanes in the United States.

The fingerprints of climate change are all over the Western wildfires too. A century of increased planet warming has fueled the dry, hot winds in the Western US that now regularly turn forests into tinder at unprecedented rates. This year alone, more than 4 million acres have burned in uncontained forest fires in California, killing 31 people and creating "climate refugees" among the thousands of people who lost everything in these fires. In addition, not only did the wildfires force many companies to close, the acrid smoke from the fires blanketed cities and cast a haze from coast to coast.

There is no doubt the climate is changing and wreaking havoc on American livelihoods. The question then becomes, what type of course correction should the country take to avoid the worst impact of a changing climate?

In an article published last year in the Stanford Social Innovation Review, the authors found that more than a decade of investment in advocacy and marketing to raise awareness about climate change has not yet sufficiently galvanized political or public will in the US. "The issue remains a political third rail even for people who believe we need to act now," the authors concluded.

Despite this finding, climate change advocacy has continued to focus on the imperative of a stable climate and the need to mitigate trends in rising temperatures. Scientists loudly proclaim we must act immediately to reduce carbon dioxide and other greenhouse gas emissions, but they have largely failed to inspire widespread action in the US.

Scaring people and corporations to change behavior has, by and large, failed to build a rock-solid constituency that cuts across the political divide on this issue. Instead, the narrative should be changed to focus on the new jobs and economic growth that can result from a coordinated effort to address climate change.

"It's the economy, stupid"

This phrase was made famous by James Carville back in 1992 when he ran Bill Clinton's presidential campaign. As the story goes, Carville posted a sign around the campaign's headquarters with three phrases. "It's the economy, stupid," was the most memorable and became the rallying cry for the campaign.

Ironically, that phrase is as relevant today as it was nearly three decades ago. And, while pre-election polls indicated US voters were also considering COVID-19, racial concerns, and political leadership, economic concerns took precedence. In fact, exit polls showed more voters were concerned about the economy than any other issue. Creating well-paying jobs will be the foundation from which the US will claw its way out of the pandemic economic hole we're in today.

Climate change will be the economic driver in the 21st Century

At the start of this decade, we are on the verge of the next economic era following the digital revolution of the last half century. This new era (let's call it the "Climate Revolution") will transform business and society through efforts to address climate change.

The report, titled "The Hidden STEM Economy," states that "staffing all these industries entails a broad assortment of occupations. Energy-related industries are typified by a need for skilled trades to help manufacture advanced products, execute large-scale construction projects, research and develop new technologies, and deliver other detailed STEM-related services."

Another Brookings report also found that "businesses within these industries rely on an expansive suite of support services — including business, financial, and customer management — to compete. Likewise, government and nonprofit organizations rely on specially trained workers to execute their missions."

So, it becomes clear that transitioning to a clean energy economy has compounding economic benefits for everyone.

US businesses are driving this economy

While the current administration is not serious about addressing this issue, many US companies are adapting their business models to account for both the risks and opportunities a changing climate provides. Companies are beginning to talk about commitments to achieve "Net Zero Emissions" and use "Science-Based Target Initiatives" to align their climate change commitments with what was agreed upon in the 2015 Paris UN Climate Change agreement. Companies as diverse as Apple, Ford, Microsoft, Nike and McDonald's have already made bold public statements about their climate intentions.

Members of my organization, the World Business Council for Sustainable Development  (WBCSD), are taking concrete steps to compete in this economic transition and are not waiting for the federal government to act.

Recently, WBCSD members approved new conditions for membership in the organization. Among them is a commitment to achieve Net Zero Emissions by 2050 and use science-informed methods to develop the path by which to achieve this goal.

More broadly, at a time when everyone talks about "building back or forward better", the new member commitments address the three interconnected challenges our society face — the climate emergency, nature loss, and inequality — and pave the way for business action.

In doing so, they are creating new, sustainable jobs, and, at the same time, helping to ensure all people can live well and within the boundaries of the planet for generations to come.

China and Europe are leading the way

While we still argue in the US over whether the climate is worsening and the degree to which humans play in making it worse, China and many European countries have already been moving to transition their economies.

China has been especially aggressive of late to capture the climate market. President Xi Jinping recently announced China's plans to reach peak carbon emissions by 2030 and carbon neutrality by 2060, positioning China as a global leader.

China's main thrust focuses on the new jobs that will spring from its efforts to corral climate change. It will then sell the new technologies, products, and services innovated and made in China to other countries to avert climate disaster while fueling the Chinese economy.

We have learned from COVID-19 that America must be prepared for looming threats and have seen the consequences of "too little, too late" responsiveness or, worse, the outright ignorance of the science. In terms of the environment, we must act knowledgeably and swiftly to reduce emissions and avoid the worst impacts of climate change. We must and will take the opportunity of the pandemic-induced economic pause to find a way to build back better.

In doing so, we too can create millions of new jobs, foster clean energy innovation in the US, increase our national security, and, most importantly, protect the health of our people, economy, and our future.

The private sector is calling on local, state, and federal governments to enact stronger and consistent climate policy to give them clarity and confidence to invest in the technologies and markets needed to avert climate disaster. Businesses cannot do it alone.

Politicians today should realize that Carville was right in 1992, and his phrase rings even truer today. Climate responsibility is all about "the economy, stupid!"

This article was originally published by Business Insider 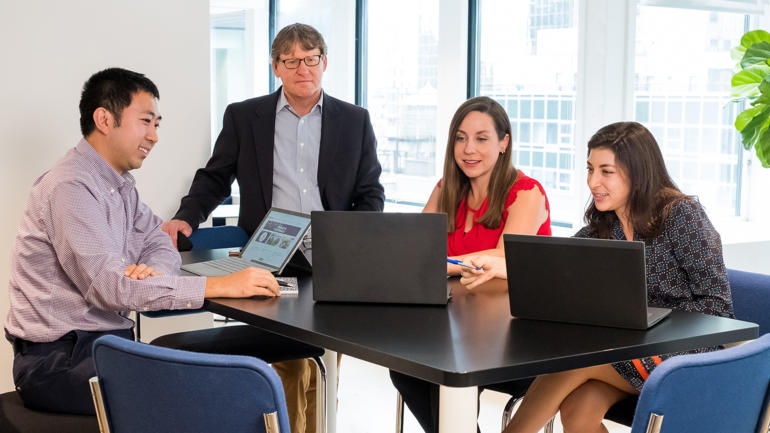 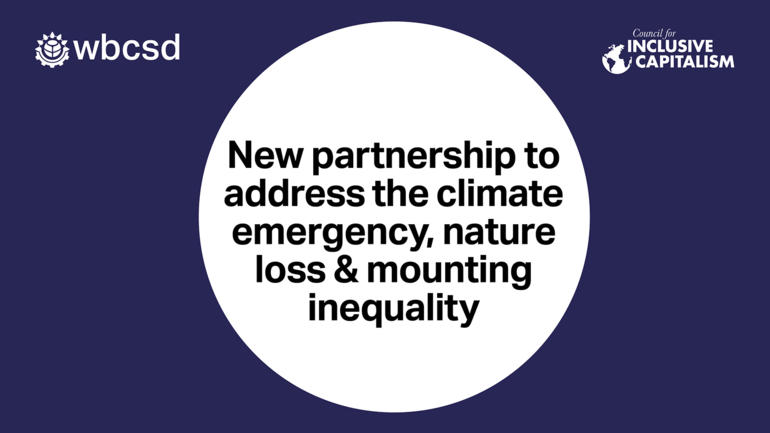 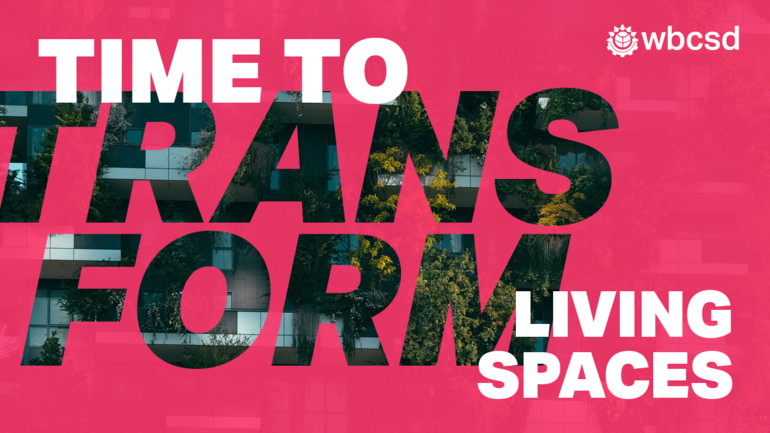 Vision 2050 Living Spaces Pathway: We can make the world feel at home 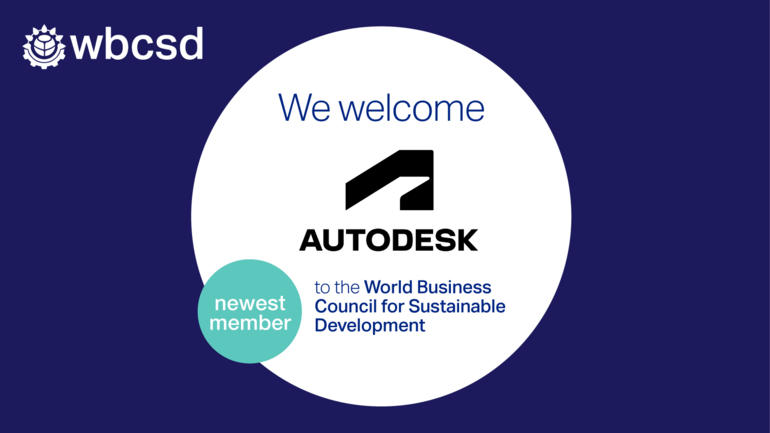 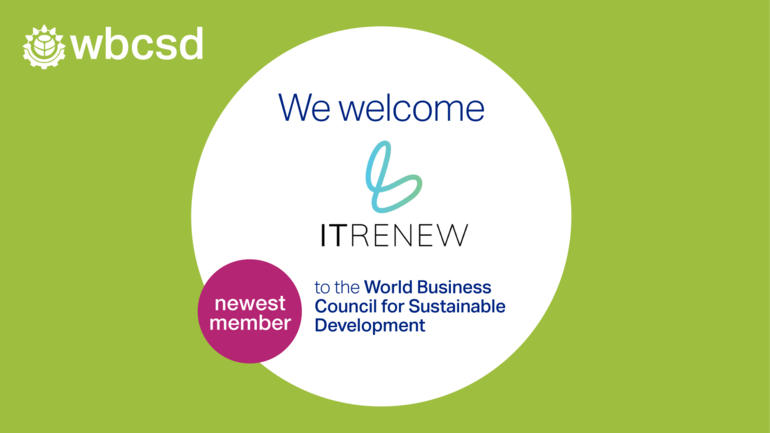 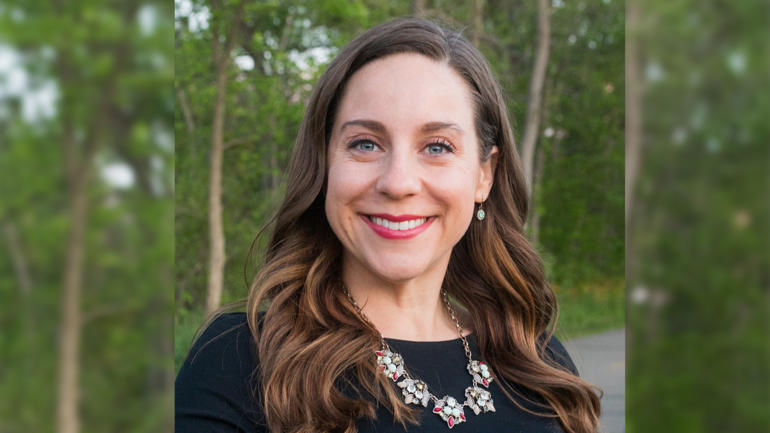