The Bruce Column - Going for the ambitious goals of sustainable business 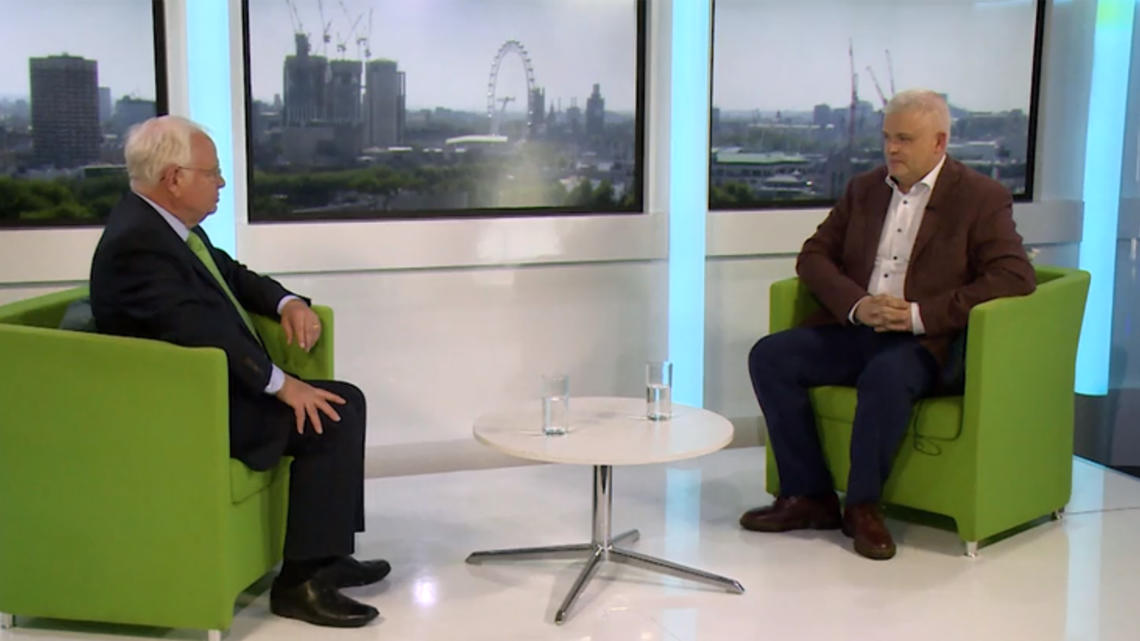 For Rodney Irwin his mission is clear. The WBCSD is a global CEO-led organisation of over 200 leading businesses working to accelerate the transition to a sustainable world. It is his role to advance corporate reporting and take sustainable development into the mainstream reporting of organisations. For him the redefining value programme ‘seeks to help businesses measure value and understand their impacts and dependencies on nature and society’. ‘Sustainability’, he says, ‘is not a department. It is not a report. It is not a job title. It is the end result of a strategy that understands impacts and dependencies’. ‘We have a very strong relationship with the accounting profession and CFOs of our member companies’, he says, ‘who take these issues seriously, manage them, measure them, and ultimately make the world a better place’.

Irwin is pragmatic. ‘We have taken a very simple pragmatic approach and that is that businesses already take decisions every day and those decisions are perhaps not being informed by all the information that is needed to make an informed choice. So we made a decision as part of the redefining value programme to integrate, where possible, concepts of environmental, sustainability and governance, (ESG), issues into existing business practices’.

There is a logic here. If these issues are material for a business then they should be in the mainstream filing and not just in a separate sustainability report. Irwin, in any case, is sceptical about how widely read such reports are. ‘Sustainability reporting is big business’, he says, ‘and there are a lot of sustainability reports being produced. The question is, however: are they having any impact? Are they actually being read is an even more fundamental question and one would be concerned that perhaps that’s not a large number of people’.

So the redefining value programme is trying to ensure that ESG issues move into mainstream decision-making models, and in particular in the field of risk. ‘We decided that if we were going to look at sustainability as a risk opportunity or a risk prevention then we needed to embed this into risk management processes. By bringing these issues into the mainstream we are going to get the attention of the decision-makers who will ultimately change decisions accordingly’.

‘Business really needs to understand its impacts and dependencies on nature and on society’, he says. ‘If you are a drinks manufacturer you have a dependency on water’, he says, ‘but you also have an impact on, perhaps, obesity, and so being able to acknowledge that these issues exist, being able to measure and quantify, and then ultimately form strategies to mitigate or improve that situation is really desirable for all stakeholders, investors, employees, and society at large’.

All this needs thought and understanding. Irwin’s view is that companies need to do their integrated thinking first and the integrated reporting later. ‘Businesses are slowly realising that you do need to do the thinking before you do the reporting’, he says. This brings change. ‘The companies that I know that have really embraced integrated thinking are showing dramatic changes across all aspects of the business,’ he says. ‘It’s included in all aspects of the business from finance to human resources to sales and marketing through to production. What I am seeing is that they have completely understood the impact and dependencies that their products have on nature and society as a starting point. They have made decisions as to which products they wish to continue selling and have incentivised the sales force to double-digit growth whilst in the case of other products which perhaps have a negative impact on society or the environment, production is being stepped down’. And it is changing the ability of companies to attract higher calibre talent as well. ‘We know that companies that are authentic in the way in which they describe their sustainability journey and outputs and impacts and interdependencies are attracting a better calibre of candidates when it comes to the war for talent’, he says.

All this is having an effect not just on the bottom line but also on a lower cost of capital. And when asked what he sees the investor community as homing in on he answers in one word: ‘risk’. ‘They want to see that you acknowledge and understand the risks that your company faces with respect to the large environmental and social issues that are out there. They also want to see effective governance over the way in which the business is run. And they want to see, where possible, this put into numbers’, he says. ‘And that is a bit of a journey for many companies where sustainability has been perhaps more of a narrative than a qualitative journey, so they are looking for more robust data so they can compare and contrast’. It is this that is driving investors. ‘It is every investor’s intention to ensure their investment is protected and that it grows’, he says. ‘There is a growing realisation and acknowledgment that issues relating to ESG can be value-destroying if not managed but can also be value enhancing. So there is a growing shift of mainstream investors getting interested in this space’.

And that takes him to the integrity of the information. ‘Investors say they are interested but could they have less reporting and more concise information and, where possible, can they have it in numbers’, he says. And that means assurance. He feels that here the image being put across is mistaken. ‘I think we are deluding ourselves if we think this is voluntary’, he says. ‘We tend to think about the large voluntary initiatives that exist’, he says. But a recent database of reporting obligations, involving 61 countries representing 93% of global GDP that the WBCSD helped to put together, shows that of the 1,784 provisions that existed in those countries 82% were enshrined in company law. ‘So assurance has a very important role to play’, he says. The WBCSD, in partnership with the IAASB, the global auditing and assurance standards board, is developing guidance for the profession on how to address emerging forms of reporting. An exposure draft is promised for the end of the year. ‘Investment grade information needs to be assured by an objective and qualified professional’, he says.

One issue that is also felt to discourage efforts in this field is the alphabet soup of frameworks and regulators. ‘But the main organisations that have been involved in both sustainability reporting and financial reporting are starting to meet under the auspices of the Corporate Reporting Dialogue’, he says, and good progress is being made.

Another area where progress needs to be made is in the accounting profession itself. ‘We need to not only be educating our future professionals as to the financial reporting standards and the accounting and auditing standards, the company law and all the other great stuff that we learn,’ he says, ‘but we also need to be educating them about the emerging forms of reporting and the role that the accountant plays going forward and the role that accountants play in society’. And financial reporting needs to play its part. ‘We need to put pressure on the financial reporting standards to also address some of the issues that are starting to emerge with respect to forward-looking information and how to assure it. Our research shows there is a disconnect, and the role of the accountants could be stepped up when it comes to some very simple basic stuff. The role of the accountant in looking holistically at a company’s reporting could also be enhanced’. He comes back to his central point. ‘What gets measured gets managed is often said and unfortunately it is true. And the accounting profession is the profession that does the measuring so one would hope that they should step up and go beyond what they are already doing’.

Irwin also looks to the UN’s Sustainability Development Goals, (SDGs). Here he sees collaboration between governments and business as the most important element. ‘The SDGs provide an opportunity for business to partnership with government’, he says, ‘and to pursue win-win outcomes not only for society and the environment, but also for the economy at large’. Research suggests that if the goals are realised by the deadline of 2030 then the global economy would be boosted by around $12 trillion. ‘One of the exciting things about the SDGs is that it really creates this concept of opportunity for both investors and business’, he says. ‘We are starting to see that investors, Dutch and US pension schemes in particular, are starting to look seriously at how they are going to screen for SDGs involvement by businesses going forward’. Irwin’s mission lacks nothing in ambition.

This News item was originally published on https://www.iasplus.com/