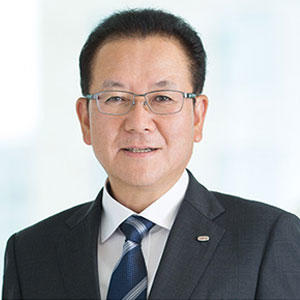 Mr. Tanaka is Representative Director and President, Fujitsu Limited from June 2015. From April 2014, he served as Corporate Senior Vice President, head of Asia Region and prior to that, he has around 30 years of sales experiences to promote products
and solutions for manufacturing industries after joined Fujitsu in 1980.

Mr. Tanaka has succeeded Mr. Yamamoto as the Chairman of Fujitsu following approval at the Annual Shareholders' Meeting in June 2019.

He holds a bachelor's degree of science and technology, Tokyo University of Science (March 1980) and in 2018 received the award of Chevalier, The Legion of Honour, France (L'ordre national de la Légion d'honneur).