If a single executive at Wal-Mart Stores Inc. deserves the lion's share of credit for the company's recent drift into corporate sustainability, most agree it is Lee Scott, CEO of the largest retailer on the planet from 2000 to 2009. 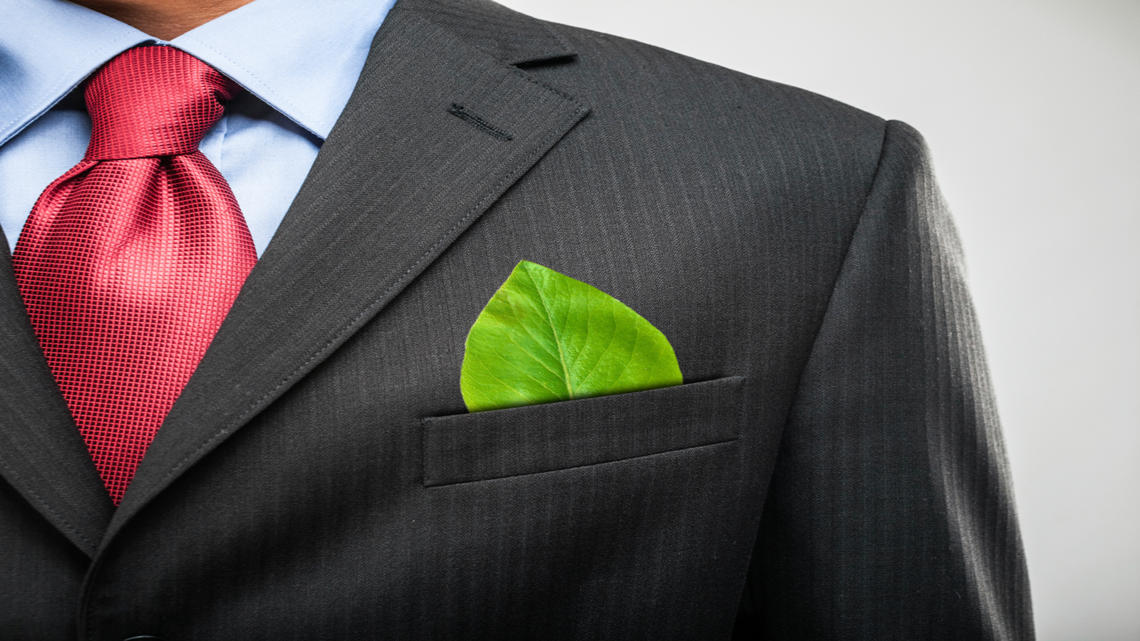 ClimateWire, 14 April 2010 - Scott, now the chairman of Wal-Mart, has been praised by many for sparking a cultural overhaul at the big-box chain that resulted most recently in a voluntary commitment to slash 20 million metric tons of carbon emissions from its global supply chain by the end of 2015. Other notches on Scott's résumé are the company's pledge to attain 100 percent of its power from renewable sources of energy and a promise to create zero waste.

Critics see the shift as a public relations campaign for a company historically associated with suburban sprawl, but optimists have applauded Scott and other high-ups at Wal-Mart for prodding the Bentonville, Ark.-basedcorporation toward a more eco-friendly business model.

Scott welcomes that praise, but, in the same breath, he told attendees at a conference here sponsored by Fortunemagazine this week that cutting greenhouse gases should go hand in hand with ending wasteful business practices, especially in the company's massive supply chain.

Environmentalism, then, is very much a modern byproduct of sound business, in Scott's view. The architect of the company's well-publicized attempt to foist sustainability on its suppliers said the effort has less to do with environmental altruism than a business-sense commitment to cutting inefficiencies. That core distaste for excess, he said, should be the driver behind getting emitters to see opportunity in greenhouse gas reductions rather than punishment.

"There wasn't really an 'aha' moment," Scott said of decisions to make the company's suppliers index their carbon emissions and to start an internal program to eliminate waste. "We made Wal-Mart a better company, while at the same time being a better citizen."

Scott was referring to an internal sustainability initiative at Wal-Mart and related moves the company made over the last several years. Most recently, the company directed its more than 100,000 suppliers to answer a series of questions about their carbon output in a first step toward a product labeling program; that was followed by an announcement earlier this year that Wal-Mart would attempt to make those suppliers cut greenhouse gases, save energy and reduce water consumption.

The emissions reductions would represent one-and-a-half times Wal-Mart's projected carbon footprint growth during the next five years (in other words, cutting carbon intensity, not true growth). To get there, the company, which operates over 8,000 Walmarts, Sam's Clubs and other outlets in 15 countries, is currently working with Environmental Defense Fund and others to help its suppliers identify and quantify ways they can cut emissions of carbon dioxide and other greenhouse gases.

Resonating with a non-elite customer

Ultimately, Wal-Mart wants the suppliers to measure the environmental impact of their products and make the data available to consumers on store shelves -- a bonanza for climate consultants, given how many suppliers are reached by the long arm of the world's dominant retailer. Scott says the layered effort is about using sustainability to lower costs, which he views as connected.

"We are a huge company, and we do not always do things right," Scott said. "At some point, the world is going to hold corporations responsible for their environmental impact. ... It's just a start, but it's a good start."

The stakes are enormous, because Wal-Mart is not just some corner store. It is the largest private user of electricity in the United States and a dominant fixture in many American neighborhoods. It also buys the most cotton, sells the most milk and employs 1.4 million workers in the United States.

More challenging than its size when it comes to climate change is the nature of its customer base. Wal-Mart consumers are predominantly lower- and middle-income Americans, on tight budgets and not usually associated with environmentalism or caring much about carbon footprints.

But Scott contests that thinking. He says Wal-Mart's new strategy is to link reducing waste -- whether that means trimming fuel use in its fleet of long haulers or using less plastic wrap -- with lower prices, a connection that works with the average consumer, in his view.

"There's almost a reverse snobbery that says only the educated care about the environment," Scott said.

Scott, who pushed his company to support the recent health care bill as well as a minimum wage increase, admits he didn't know much about climate change when he first started taking the subject seriously in the middle of the last decade. The mental shift for him personally, he said candidly, came when younger employees at Wal-Mart headquarters in Arkansas reacted to an internal directive to cut waste with a creative energy he had not witnessed in years.

Scott brought in a consultant -- Blue Sky -- and asked for volunteers within the company to brainstorm ideas for cutting corners, saving fuel and improving efficiency. The call for volunteers led to quarterly sustainabilty meetings during which these volunteers would vie with each other to find better ways to reduce waste.

"We thought we were leading, but we weren't," Scott said of the younger employees at Wal-Mart. "They were waiting for us."

Scott also admits that the sustainability drive came about as a direct result of the company's sagging image in the public and the press. But what resulted surprised him. On the smaller scale, a single employee, a toy buyer, decided to change the packaging on private label toys and eliminated 215 containers from shipping. On the larger scale, Wal-Mart's private fleet of long haulers managed to cut fuel purchases by 38 percent by loading more efficiently and choosing better routes.

"We had 38 percent we were leaving on the table," Scott said. "It really was kind of a thoughtful process, and a lot of energy came together at one point. That's what happened here."

A note of caution

Michael Brune, executive director of the Sierra Club, said the retailer deserves credit for trying, but he thinks the praise is inflated.

"Wal-Mart right now is in a spot where there is legitimately a lot of praise, but there is a lot to legitimately criticize," Brune said. "The scale of their effort is grossly surpassed by the pace of the company's growth."

Brune noted that the greenhouse gas commitment is to cut the intensity of the company's total carbon footprint, not total emissions. Deciding to build solar panels on rooftops in 20 stores nationwide is nice, Brune added, but what about the 8,000 other stores?

"It's a very long hike" to real sustainability, Brune said.

This article is reproduced with kind permission of E&E Publishing, LLC.
For more daily news and articles, please visit the ClimateWire website
or subscribe to Greenwire's E-mail Alerts.